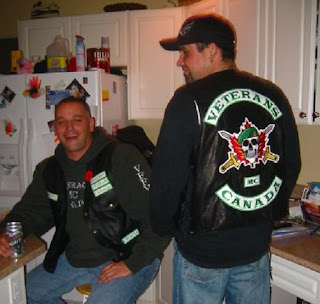 People have been asking me about the Veterans MC in Ladysmith on Vancouver Island. A lot of people seemed concerned about some of their business and that it might not have anything to do with the Armed Forces. I'm just going to throw a few pictures out there and add more later. 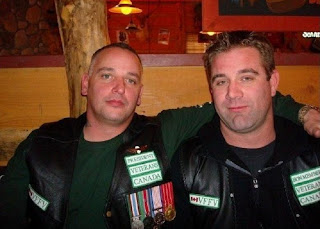 Here's a picture of Colin Lamontagne bonding with Anthony Hammond the president of the Veterans MC in Ladysmith. Hammond was president at the time. Now he's classified as the founder and travels back east while Jason Winter s called the president now. In the picture it says Colin is an honorable member.

I am told that Colin has quite an interesting set of friends, associates and business partners. In fact in 2002 Colin was charged with possession for the purpose of trafficking, Possession of a controlled substance and possession of counterfeit money. 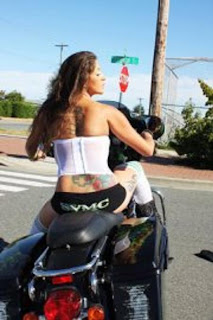 Schivon Metcalk, Veteran's MC (VMC). Does she sell drugs for the club? Anthony (Tony) Hammond... has he ever been in trouble with the law before?