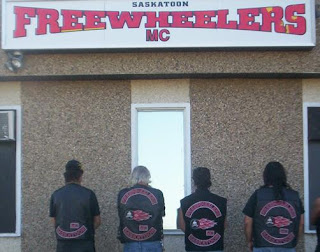 It never ceases to amaze me how fast the Hells Angels will dump their dearly loved brothers and simply find a new mule to sell crack for them. After all, that is what the Zig Zag crew were caught doing for the Hells Angels in Manitoba.

Free Deli. The guy was a crack dealer. They even killed one of their own guys to let the Ontario Hells Angels have Thompson Manitoba. Thompson isn't even in Ontario. Those flakes could never make it in a big city like TO that's multicultural. Not too many members of the White Boys Posse in TO.

The Saskatoon Freewheelers clubhouse is at 139 Barnes Avenue. Or at least it was for the 2004 Christmas party. Looks like they had a chapter in Saskatoon and Regina and were starting one up in Lloydminster. 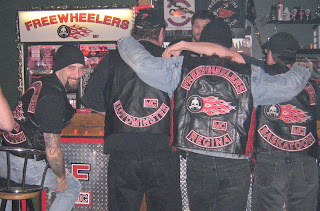 Is Tiny Mac still making trips out to Regina from Calgary these days? If the Freewheelers are sponsored by a criminal organization that got caught selling crack, does that make their clubhouse the proceeds of crime? Please advise. 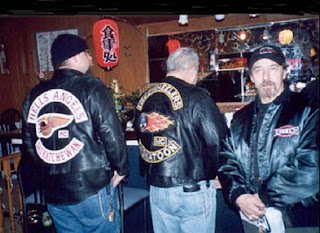 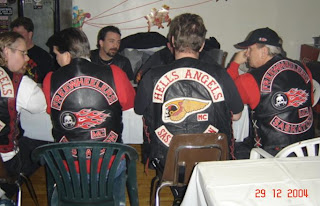 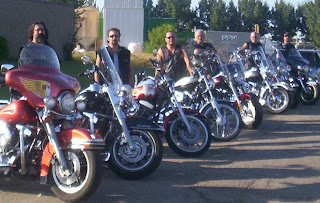 Their logo kinda looks like something from the opening scene of Look Who's Talking. The skull however, does look like it's jaw has assumed the puppet position just like the Darksiders in Nova Scotia. 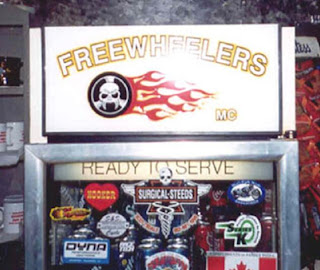 Looks like they have to wear sneakers on their motorcycles too just like the Ontario flakes. Freeloaders Forever Forever Freeloaders. 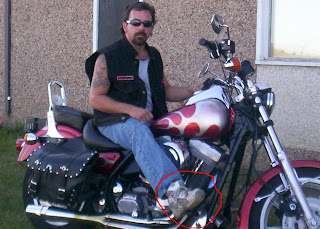 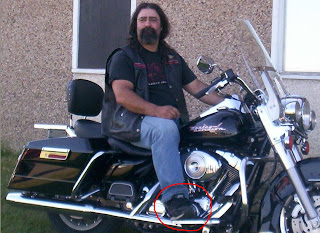