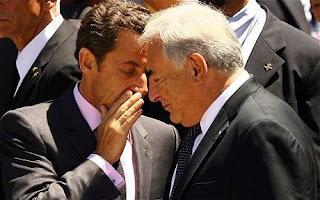 These were two completely different headlines in today's Vancouver Province but I thought they went well together. The first headline read "Sarkozy took cash, judge says." Nicolas Sarkozy personally received cash handouts from Liliane Bettencourt, the L'Oreal cosmetics heiress, for his 2007 election campaign, a judge claims in a new book.

No big surprise there. Perhaps Gaddafi's claim that he contributed to Sarkozy's political campaign has merit. Sarkozy is the guy who screwed Gaddafi royally. He took money from him for his campaign, then shafted him and led the bombing for his oil.

The new book called "Sarko Killed Me" written by two investigative journalists from Le Monde newspaper cited in the Vancouver Province quotes a highly respected magistrate who first investigated the affair a year ago. The two journalists interviewed 27 politicians, magistrates, businessmen and other figures who say they were professionally broken and personally humiliated by Sarkozy and his inner circle. Well surprise surprise. Perhaps Gaddafi isn't the only one. Meanwhile, World leaders in Sarkozy's inner circle revel in Gadhafi's demise.

As we recall, Dominique Strauss-Kahn was the up and coming presidential candidate to challenge Sarkozy. Those hopes were shattered when he was faced with allegations of sexual assault. Only as the case went on, it appeared the credibility of the accuser was somewhat tainted. She had previously lied about a gang rape to gain citizenship and was quoted in private telling a friend not to worry, she knows what she's doing and that he has lots of money.

So now we read that the prosecution is recommending charges be dropped. That makes the initial accusations very suspicious. Nicolas Sarkozy clearly benefited from those allegations. I will declare that sexual asault is indeed a heinous crime. The last thing a rape victim needs is to be not believed. Yet false allegations of sexual assault are equally heinous. Especially if they are made for political purposes.

Wikileaks founder, Julian Assange, is also facing possible extradition for sexual assault charges. Sexual assault is indeed a heinous crime but these allegations against this individual at this time are incredibly suspicious. It seems to be a Method of Operation the attack poodles use that Catherine Austin Fitts described. The same type of attack poodles Nicolas Sarkozy is accused of using in the book Sarko Killed Me. Personally, I think Nicolas Sarkozy is a scoundrel. 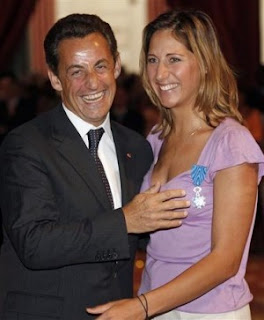