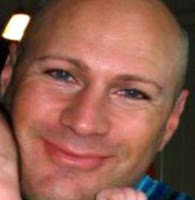 Here's another story of organized crime connected to investment fraud. Ricardo Francis Scarpino was a drug dealer with a lengthy criminal record and was shot dead outside a Vancouver restaurant in 2008.

His lengthy criminal record is interesting but so is his involvement with investment fraud. This Supreme Court decision states Ricardo Scarpino, one of the promoters of the investment scheme, ordered $5 million worth of gold bullion which was delivered to TGR and then vanished. To date, the plaintiffs say they have received no funds from the defendants, and that MDLP’s bank account balance is zero. Scarpino is now dead, and TGR is inactive.

Another inherently interesting fact is that Scarpino used to be the ring leader in a cocaine importation scheme in Victoria, BC around the same time as the RCMP allegations of drug and organized crime related to the search warrant for the BC Rail Bassi Virk trial.

It was described as Victoria's largest-ever drug bust, which took in millions of dollars worth of cocaine after a three-month undercover investigation that had ties to Naniamo. What I'm wondering is what ever happened to the drug and organized crime allegation in the BC Rail case that provided grounds for the initial search warrant? There's another organized crime group in Naniamo but I can't seem to think of the name of it off hand...