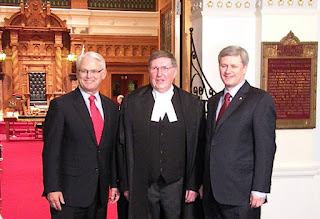 Harper totally screwed up the crime bills which is not surprising in the least. Interject I told ya so here. The Harper tyranny pats themselves on the back and claims: "Canadians want and deserve to feel safe in their homes and communities," said Justice Minister Rob Nicholson at a press conference Tuesday morning. "We are delivering on our promise to get tough on crime and stand up for victims and law-abiding Canadians."

That is a bold faced lie. As soon as they got their coveted majority, they cut funding for the RCMP and the Gang Task Force. Now they've introduced a long list of "crime bills" and not one word mentioned about crack or crystal meth. Instead we read that anyone caught growing five marijuana plants for the purpose of trafficking would face six months in jail Anyone caught growing more than 500 plants would face at least two years in jail Imposes a minimum one-year sentence for anyone caught trafficking marijuana, with a maximum penalty up to 14 years from the current seven.

The cost of this proposal is simply outrageous and will crash our fragile judicial system just like in California. We needed mandatory minimum sentences for selling crack, cocaine and crystal meth not for pot. The Harper government is inherently evil and completely inept. They are liars. They say they are tough on crime but they are not. White collar crime is rampant in Mr. Harper's caucus and he refuses to deal with the real plague that is crippling our communities: crack and crystal meth. Shame, shame, shame. 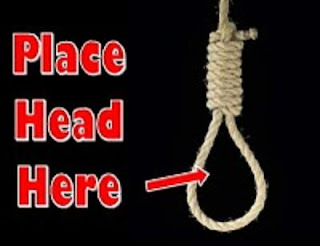 Eathon Baron from the Vancouver Province pointed out in today's paper that under the new bungled crime bills a Child rapist will get less time than pot grower. This isn't just stupid. This is outrageous. I could shrug it off and say well I don't smoke pot so it doesn't really affect me but it does. I pay taxes and I live in the community. Raising taxes to put nonviolent offenders in jail is not something I support.

Mandatory minimum sentences will do nothing to curb the Hells Angels profit from all the grow ops they run. All the risk will be passed on to the owner operator while the real gangsters get off Scott free. Mandatory minimum sentences for pot growers means we will not have the resources to address the real concern, that is crack and crystal meth. Nor will it allow us to address the chronic offender insanity where the more property crime a crack addict commits to pay for his addiction, the less time in jail he serves.

We need mandatory minimum sentences for violent crime like swarming or murder, for chronic offenders who commit an insane amount of property crime and for selling hard drugs like crack or meth. That is what we need. Instead Harper took us to the other extreme knowing that is not what the democratic majority of Canadian citizens want just because he can. Mulroney knew we didn't want the GST. Campbell knew we didn't want the HST. Harper knew we didn't want mandatory minimum sentences for pot. Yet they all proceeded unilaterally just because they could. They will go down in history as scoundrels.

John Cummins is much more honest and trustworthy than Stephen Harper ever will be. We need old school Conservatives like Ron Paul not Neo Con fraudsters like Stephen Harper. Harper, Campbell and Mulroney share their own hall of fame. Scoundrels Forever Forever Scoundrels.