Abuse in the Catholic Church 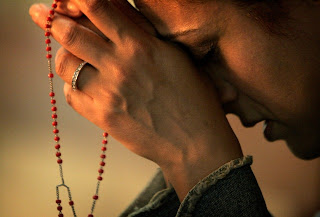 Every time I mention about the Hells Angels selling crack, pimping crack ho's or participating in a gang rape at the Renegades clubhouse, they always respond with a dig at police with DUIs or the Catholic Church for letting priests abuse young boys.

In the spirit of fairness, I will admit that priests abusing young boys is without question heinous. In fact there is a wee bit of a row over it in the Holy Land so there is. I'm referring to Ireland not Israel. The Pope has recalled the Ambassador to Ireland.

It seems the Prime Minister of Ireland, referred to as Taoiseach, Enda Kenny spoke out harshly against the Vatican recently in denouncing the Vatican's policy to cover up accusations of Priests committing rape. The Vatican responded in shock but I will make one point. The Vatican didn't rape any boys in Ireland so they didn't. It was Irish Priests who did that. Far too many of them. 19 clerics in one diocese. Although the complaints were received after 1996, some of the allegations went back as far as the 1930's.

There has been an insane number of cases where priests have abused young boys. Not just in Ireland but in Europe as well as North America. There have been accusations that the Pope himself has covered up cases under his jurisdiction before he became Pope. These acts of rape are heinous as is covering up those acts. Nothing can excuse or diminish that fact.

In Ireland's defense I will say that it does appear that the counsel they received from the Vatican was less than proactive in bringing these charges to light. Changing that policy is a good thing. Enda Kenny said that it's time for the church to become a penitent church. Truly and deeply penitent for the horrors that it perpetrated, that it hid, and that it denied. He's right. He's absolutely right.

This does not mean that all priests are bad. Protestants get all freaked out about the set prayers in the rosary. When a family kneels down and says the Our Father and the Hail Mary together through a family rosary, that is not an evil act. When a family goes to a cathedral and kneels down to pray, that is not an evil act. When a family lights a candle for a lost loved one or view the stations of the cross, those are not evil acts. Rape is evil. Whether it be a gang rape or a priest raping a child, rape is evil. Selling date rape drug is evil.

The Haney Hells angels were caught with 300 litres of date rape drug as well as some Hells angels and associates in Toronto. The Maple Ridge youth who bought date rape drug and gave it to a young girl at a party and filmed themselves gang raping her and putting it on facebook was absolutely horrific. People there watched the gang rape and filmed it. They are just as bad as the Vatican for covering up the child abuse. They were present and did nothing. That is profoundly sad.