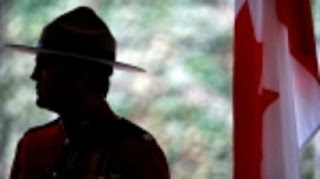 The other article in the Vancouver Province I was commenting on was the Mountie Sex Suit where a high ranking RCMP officer, Staff-Sgt. Travis Pearson, has been accused of sexually assaulting a female officer. It is frighteningly familiar to the Colonel Wing Nut case and many others where someone in a position of authority abuses that position to pressure someone vulnerable into a sexual relationship.

We can't discuss this case because we don't have the evidence before us but we can discuss the article because it raises several important points. Here we have a female RCMP officer claiming she was raped and pressured into a relationship by one of her superiors. Those allegations are either true or false. Either way it is very disturbing.

Seemingly the VPD investigated the case but the VPD investigator concluded the evidence did not support the complaint and no charges were laid. The victim claims the VPD detective failed to contact relevant medical experts or adequately consider evidence about alleged inappropriate conduct by Pearson in connection with two other female officers, and several municipal employees, including an alleged relationship “which had elements in common with [Gastaldo’s] complaint.”

If that is true it does indeed establish a pattern of abusive behavior. Her lawyer claims “When you have police officers investigating police officers there is always issues that are held up, and really this is the type of thing that needs to be investigated by a civilian arm.”

Obviously civilians do not have the power to lay criminal charges. They do however have the authority to make recommendations to the crown and they can over see disciplinary courts. When the Delta police investigated the Kelowna mountie who kicked the suspect in the face when he was on his knees, they recommended criminal charges be laid. That is the same thing a civilian agency could do.

It is possible that the VPD did a thorough investigation and sincerely did believe that there was not enough evidence to pursue charges. The victim was married. The complaint surfaced when her husband found text messages of a sexual nature on his wife's phone. No doubt the defense would argue they were in a consensual relationship i.e. she was having an affair and told her husband she was raped. Possible but no more possible than the possibility that she was indeed raped and her eventual submission “was directly related to his authority over her and the command culture of the RCMP.”

Indeed the command culture of the RCMP is something that needs to be looked at. Yet if the guy was raping her, you'd think he wouldn't be texting her incriminating evidence. Unless he was just another wacko that got off on weird stuff. I'm certainly not going to minimize the case and say the victim is lying because she might not be. If what she says is true and her allegations are supported by other witnesses who experienced similar abuse then that does need to be investigated by a civilian agency. In fact it is. A civil court is investigating the matter. Hopefully due process will prevail.

I still don't think this case is enough reason to disband the RCMP. Create a civilian agency yes. Examine the command culture of the RCMP yes but disband it no. We don't disband the education system because a teacher sexually assaults a student. Likewise, we don't dissolve transit because a bus driver has an accident under the influence.