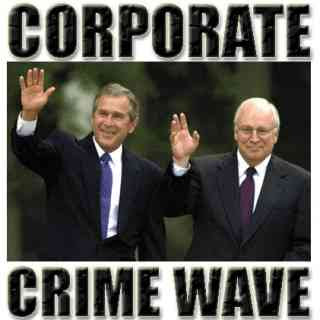 Wow, I can't believe it. Dick Cheney is coming to Vancouver to speak during his book tour. Now I know I'm going to be ill. Dick Cheney is not just a war criminal and a war profiteer. He's a fraudster that embezzled trillions of tax dollars many of which ended up in his private company, Haliburton.

The Invasion of Iraq wasn't a mistake, it was a fraud. The Bush Administration said we know Saddam has weapons of mass destruction. Tony Blair was in on the con. Then the British weapons inspector in Iraq leaked out the fact that Iraq didn't have Weapons of Mass Destruction and that MI6 was knowingly assisting the fraud by giving the media false information in Operation Mass Appeal. MI6 was caught red handed and the whistle blower mysteriously died of a suspicious suicide. Again.

Set aside the fact that is was an illegal invasion and occupation of a foreign nation. Set aside the oil companies lust for Iraq's oil revenue. (Which they failed to pass any savings on to the pump) Let's look at the trillions of tax dollars wasted in that fraud and let's look at who directly profited from that fraud.

Dick Cheney was directly involved with Haliburton, a privatized military scam that made a fortune from Iraq. That's not just conflict of interest. That's not just murder and foreign invasion. That embezzling massive amounts of tax dollars which has significantly put the US's debt ration in crisis. Unbelievable how we can let this kind of atrocity in Vancouver. We ban Nazi war criminals, why not him?

The Georgia Straight is reporting that Dick Cheney is coming to the Vancouver Club at 915 West Hastings Street next Monday September 26 to promote his book In My Time: A Personal and Political Memoir. The event gets underway at 6 p.m. Protesters will be present. It's a dark day for Canada when we can publicly endorse that serious of a fraud.