The UN and the Hells Angels - a bad date 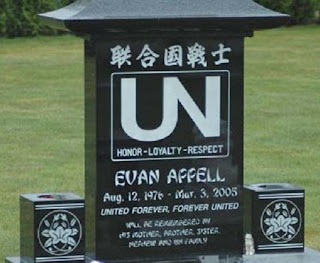 OK this one's finally about the UN... and the Hells Angels. Only it surprises us coming from the UN. The Hells Angels, well, we've begun to expect that sort of thing from them. Omid Bayani, a member of the UN has gone missing right before being sentenced on a drug charge.

The whole case involved trafficking date rape drug with the Hells Angels in Maple Ridge and in Toronto. Omid Bayani, from the UN and Vincenzo James Sansalone from the Haney Hells Angels were arrested in BC. 600 litres of the drug was seized all together.

Mark Figueiredo was the Hells Angels associate convicted on the Ontario end. He brought his wife and niece and cried like a baby in court when he was sentenced to six years for trafficking date rape drug. What if someone had used that drug on his wife, sister or niece? Can't they see something is inherently wrong with this picture?

I will add that Mark Figueiredo was sentenced in Ontario back in 2008 while Omid Bayani, charged in the same drug trafficking ring is just being charged now, three years later. Ontario has a much larger population than BC does. They have many more cases to go through yet they go through them faster than we do. Yet they have the same federal criminal code. Another example of why something is wrong with our judicial system in BC.

My point here is that the UN borrow some Chinese Charaters and talk about loyalty, honour and respect just like the Hells Angels do. Yet their is no honour, loyalty or respect in selling date rape drug. None whatsoever. In fact, since it is my opinion no one sells drugs in Maple Ridge without the Hells angels permission, just like in Prince George, I wonder who sold the teenagers the date rape drug to give to that young girl at a party in Maple Ridge where they took pictures of themselves gang raping her and posted it on the Internet. That was deranged.

Every time the police make a cross border drug bust involving the Hells Angels one has to ask oneself how much more already got through. In this case, where did the kids get the date rape drug from in Maple Ridge to give to the girl they gang raped?

There is no honour in that and there is no honour in lying about that. We expect it from the Hells angels but it disappoints us to hear from the UN. Saying one thing and doing another is living a lie. That's worse than reporting a crack dealer or a rapist to the police. Much worse. That is the legacy they have to live with. DFFD. 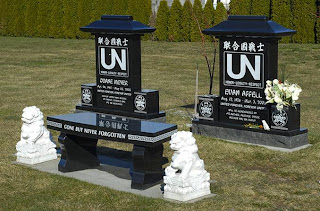 And just for the record, Michael (Speedy) Christiansen who came from the Halifax chapter of the Hells Angels to the East Van chapter and currently with Kelowna chapter along with his 13th Tribe pal David Giles was sentenced for a gang rape back in Halifax before he became a Hells Angel. Great guys.