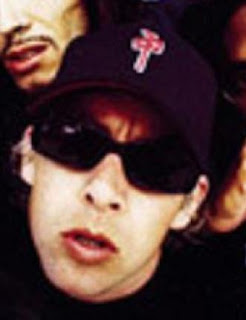 Shane Bunting from the Swollen Members had his gig at New Characters Pub in Abbotsford cancelled. The police said they were concerned about possible gang violence after the Kelowna shooting since wee Shane is so boastful of his Hells Angels associations.

Battle Axe Warrior. What a joke. The closest that guy has ever come to a battle axe is putting on cheap cologne. He's just a Viagra and Oxycontin junkie. No wonder the Hells Angels like him so much. He spent a fortune on them. Instead of playing New Years at Tbarz this year, I'm sure he'll be welcome to play at their new Blue Corvette.