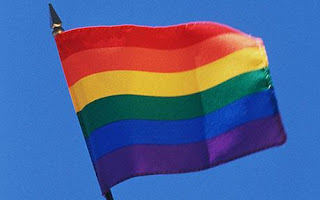 Oh and this one has me scratching my head. I've heard of a pink Cadillac but the Hells angels have sure given new meaning to the term a blue corvette. One blog reader claims on Saturday the rcmp had tents set up in the parking lot beside the Blue Corvette lounge with the Surrey food bank, rcmp, and a 1-800 mobile shredder van. That is a strange combination indeed. What on earth would they be doing with a shredder? Perhaps it was a crime prevention thing warning people to shred their banking and personal information so dumpster divers don't commit identity theft.

The Blue Corvette Lounge as we all know used to be the Dell. The dive we all know and remember so well. Beside the Byrd pub in the Flamingo hotel. Another long time Surrey dirty dive. Only I met the former owner of the Dell back at that crime prevention meeting in Surrey. I'm pretty sure he said the Dell and the Flamingo were owned by the same entity and that he recently sold it to a new buyer. Seeing that stripper net has it's new office in the Flamingo Hotel in Surrey beside the Blue Corvette has me wondering if the Hells angels have anything to do with the new owners of both facilities.

That's why I'm so confused about the next two links a reader sent in which is confirmed by another I found. It appears that there is a lot of advertising out there billing the Blue Corvette Lounge as a gay friendly bar. I kid you not.

I'm sorry if I find this so amusing but you've got to understand Surrey and what the Dell was. The dell was a dive. Huckleberry red neck. Gay friendly wasn't a term that came to mind when discussing the Dell. If the Hells angels or anyone else for that matter has turned the dell into a gay bar then three cheers. Miracles do happen. We all laughed and said you'll never change the Dell. Well turning it into a gay bar just might. We just might clean up that dirty part of town after all. Well done. Maybe Rainbow Ricky will perform on Karaoke night along with Bacchus MC.

We know the Hells Angels were accused of supplying drugs to the gay bars in Montreal and one in Halifax. I think we should keep the new bar and just get rid of the Hells angels. We need to protect our warm brothers from the crystal meth plague the Hells angels profit from.