A letter from Jeff Buziak 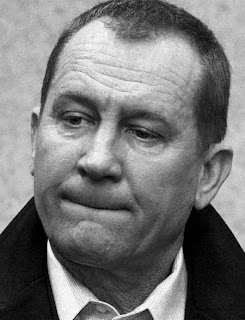 Someone forwarded me this e-mail from Jeff Buziak who is the father of Saanich realtor Lindsay Buziak who was murdered after returning from trip to Calgary where a large Hells Angels drug bust was made. This is the letter:

In The Province of B.C. the consequences of these career choices are minimal and less dangerous than crossing the street, speeding or getting caught impaired driving. The bonus is NO TAXATION! Yes you may be shot but chances are slim if the percentages are calculated and you have a bigger or more guns at you disposal. Besides, guns are easy to purchase in The Province of B.C. if you have cash. Cash is easy to accumulate if you are a criminal because you don’t have to pay taxes. Why not then?

Arrests are few compared to the volume of illegal activity transpiring in The Province of B.C. The No. 1 industry in The Province of B.C. is criminal activity but the press, of course, doesn’t publish that fact and have trouble measuring it, as criminals pay no taxes and are slippery slimy creatures avoiding public record but seeking public attention. If by fluke a criminal does get arrested, hungry lawyers clamber to defend them, as they want to get part of the lucrative action and build their reputations as defenders of freedom to do whatever the fuck you want. Alternatively, if arrested, cop a plea, formulate a teary apology and charges will be dropped or it will take years and years for your case to go to trial. In the mean time it is full on sex, drugs and rock n’ roll baby. Why not then?

The Province of B.C. has a proven track record of no consequences. Unsolved murders like Lindsay Buziak’s and many more, few charges or arrests that stick in the criminal world, light sentences, early releases and little if any action taken by police, politicians or citizens.

Consider the following:
No charges in the Vancouver hockey rioting.
No charges or suspects in the Bacon massacre.

Lindsay Buziak’s unsolved murder and many others with no arrests or suspects. Criminals functioning freely in The Province of B.C. society living in upscale residences and neighbourhoods, driving luxury/exotic vehicles, constantly partying, travelling extensively and swiftly implementing their own justice. It’s one big party in The Province of B.C. with no impunity. Why not then?

Don’t fool yourselves law-abiding, tax paying citizens there will be consequences for all that cocaine being snorted in The Province of B.C. When the losers start firing high power automatic assault weapons midday on the main strolling boulevard in one of The Province of B.C’s most popular tourist destinations it is just a matter of time before you or one of yours is killed in the crossfire! When rioters and looters can destroy property, endanger lives and disrupt the peace in one of the most beautiful cities in the world without impunity, you have a problem!

When losers in your society can freely go around and execute innocent young victims like our precious Lindsay Buziak and others without consequences or arrests you have a big fucking problem! Should we do something about it? Why not?? There are no consequences in The Province of B.C. are there Premier Christie Clarke, Solicitor/Attorney General Shirley Bond, Mayor Frank Leonard, Police Chief Mike Chadwick?

Is it time to arm yourself and take justice into your own hands? Why not? What are we waiting for? More deaths, rioting, lawlessness and criminal activity that goes without justice or taxation or are you waiting for new politicians or a premier chosen from the ranks of the UN Gang, the Scorpions, The Hells Angels or the Mafia?

Arm yourselves, be vigilant and execute before its too late folks. Ken Brotherston finally said enough and took action that resulted in punishment matching the lawlessness.

I’ve almost given up on The Province of B.C. and their lawless system. One tries but what’s the point when the criminals kill our children without consequences. There must be justice implemented by somebody. Why not? There are no consequences in Beautiful British Columbia!

I will point out that changing the laws won’t bring justice for Lindsey because no one has been charged. Changing our attitude about ratting out murders will. If you have any information about this murder, please let us know. AK