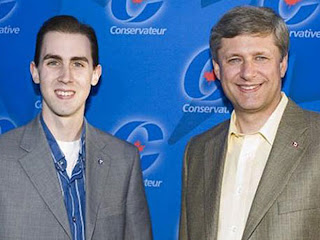 First we heard that Peter Poutine, the person behind the robocall scandal was going to go reveal themselves since their ip was allegedly traced. Today the media is reporting that that Elections Canada is not revealing who it is. They're waiting to see if any charges will be laid. That isn't right. If they have found out who it is, the public should know.

Staff at a Thunder Bay call centre tasked with making scripted calls claiming to be on behalf of the Conservative Party about voting locations during the 2011 federal election knew they were giving out incorrect information, say former employees. “The whole call centre (noticed it was happening).” “We called the RCMP,” she said. “We actually also told our supervisor about it.” But no action was taken at the call centre and employees were told to stick to the script, the woman said.

The obviously fabricated name appears to have been a ruse to evade detection in the event the number was ever investigated. The “Pierre Poutine” phone was activated April 30, two days before the election, and called only two numbers other than its own voice mail.

Both corresponded to RackNine, the Conservative-linked voice-broadcasting firm that was used by whoever made the fraudulent calls into Guelph, causing chaos at a polling station.

Democracy Watch claims Elections Canada is falling down on electoral fraud. The National Day of Action Against Election Fraud took place across Canada over the weekend. 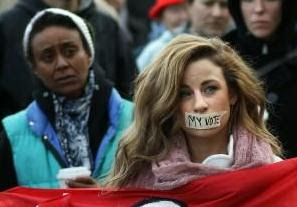 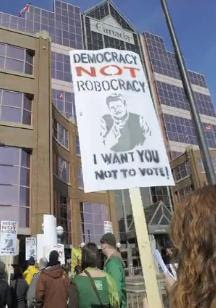 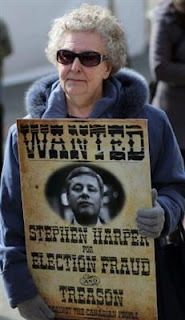