A Kingdom of Conscience 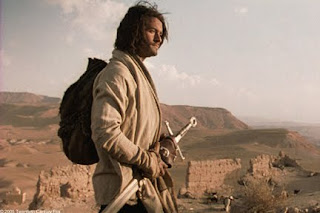 Rick Steve’s Europe was on the other night. This episode was about Paris. I never realized at the centre of Paris is an island in the middle of the river just like Montreal. They showed Notre Dame and Rick Steves pointed out the meaning of the name. Notre Dame – Our Lady. In Ireland Our Lady is the Mother of Our Lord. It is the same in France. I never realized that Notre Dame was literally a cathedral in tribute to Notre Dame. OK I’m a bit slow.

I’d really like to visit Paris one day. I really need to work on my French though. When I was young I had a wonderful visit to Quebec. Every time I spoke French they answered me in English. They didn’t like the way I butchered their wonderful language.

It reminds me of the time I went to the Hen Long market and asked for some dit da jao. The person working there asked me to repeat my request three times and just stood there with a puzzled look on their face not having a clue what I was wanting. Then I explained it’s a liniment used in the martial arts for shin or hand conditioning. The light went on. Ah liniment. You mean dit da jao. I’m like yeah, that’s what I said. What I said and what they said sounded the same to me but obviously it wasn’t.

There was another episode of Rick Steves Europe that moved me. It was an episode of Toledo, a Muslim city in Spain, that was conquered by the Christians. Toledo's history is a complex mix of three great religions with an impressive record of peaceful co-existence.

The Moors were impressively tolerant of the people they ruled, allowing Jews and Christians to practice their faiths freely. And, with cultural ties that stretched from here, across Africa to Arabia and beyond, Spain's Moorish culture was a beacon of learning in Europe's so-called "Dark" Ages.

Mathematics, astronomy, literature.and architecture.all flourished. After Christians took back Toledo in 1085, many Moorish craftsmen and builders stayed on leaving their Arabic imprint on the city for generations to come.

The architecture was amazing and it included large baths for washing according to their religious traditions. It made me sad to see that culture lost as they were conquered and cast out.

In the movie the Muslim character Saladin was good. He aspired to something higher. The whole movie was about the lure that Jerusalem had for the various religions. The message behind the movie became apparent when a knight said to Orlando Bloom’s character, Jerusalem has no need of a perfect knight. To which he responded, no, It is a Kingdom of Conscience or nothing.

Historically many knights raped, murdered and plundered. Yet in the movie Liam Neeson declared Safeguard the helpless and do no wrong. That is your oath. The oath of a good knight.

After the bad knights had inflamed the Muslims by needlessly wiping out an innocent city of Muslims, Saladin gathered his armies to take Jerusalem. Protecting the city Orlando Bloom asks Which is more holy? The Jewish Temple? The Muslim Mosque? The Christian Sepulchre? All have claim to these. We fight not to defend these stones. We fight to protect the people in this city. Protect the helpless. That is your oath.

It reminded me of a scene from the movie Shake Hands with the Devil. The Canadian commander is discussing the future of Rwanda with a local leader. The local leader says he wants to fight to save Rwanda. And what is that the commander asks. These trees, that dirt, those hills? How do you save Rwanda if you don’t save the people in it?

In the movie Kingdom of Heaven there was another scene when the city was under seize and they had to burn the bodies of the dead. The religious leaders said you can’t burn the bodies. They will not come forth in the resurrection. Orlando Bloom’s character said if we do not burn these bodies the whole city will die of disease. God will understand. And if he doesn’t, he is not God and we have no need to worry.