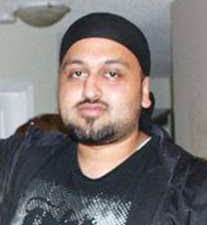 The Vancouver Province is reporting about Jasmin Klair, the B.C. resident, was nabbed with 10 kilograms of cocaine at Smuggler's Inn in Blaine. I didn't realize the owner of the Inn was involved. That is tragic. They do a lot of good work for kids camps.

So are these part of the Dhure Dak Pak or did they owe the debt for the Marijuana to the Hells Angels? Either way they don't appear to be very bright. The sad thing is, if he lost 115 pounds of weed and 10 kilos of cocaine, he doesn't have long to live. Tragic indeed. Sometimes the easy money isn't that easy.