Don't Cry For Me Argentina 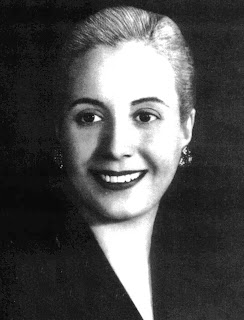 Argentina is an interesting country. I'm not sure what everyone's beef with Argentina is. When the Taliban gave the contract for the Oil Pipeline in Afghanistan to Bridas an Argentina firm instead of UNICOL, everyone freaked. Yet you have to admit that Bridas is a large and competent company originally from Argentina.

Bridas began expanding into the Central Asian energy sector in 1987, and secured its first large-scale contract (gas exploration rights in Turkmenistan), in 1992. Between 1995 and 1997, CEO Carlos Bulgheroni was personally involved in negotiations between Bridas and the governments of Pakistan and Turkmenistan, as well as the ruling Taliban faction in Afghanistan, to build the Trans-Afghanistan Gas Pipeline.

These negotiations were in competition with those undertaken by Unocal, and although an agreement with Unocal-led corporation CentGas was reached, the deal was forfeited in January 1998 in favor of one with Bridas. Instability in Afghanistan delayed construction of the pipeline, however, and following the United States Invasion of Afghanistan in October 2001, the Bridas contract was rescinded in favor of the former one with Unocal.

It reminds me of Evita, an Andrew Lloyd Webber musical written in 1977 about the life of Eva Perón who was the second wife of President Juan Perón (1895–1974) and served as the First Lady of Argentina from 1946 until her death in 1952. She is often referred to as simply Eva Perón, or by the affectionate Spanish language diminutive Evita. The song Don't Cry For Me Argentina is from the Andrew Lloyd Webber musical. Madonna played Evita in the 1996 movie.

Although she was a stage, radio, and film actress and was active in charity work, Eva Perón became powerful within the pro-Peronist trade unions, primarily for speaking on behalf of labor rights. She also ran the Ministries of Labor and Health, founded and ran the charitable Eva Perón Foundation, championed women's suffrage in Argentina, and founded and ran the nation's first large-scale female political party, the Female Peronist Party.

Eva Perón is referred to as the Mother of Argentina and Spiritual Leader of the Nation. She dies at an early age of cancer but her legacy has been recorded in eternity. In her autobiography, La Razon de mi Vida, Eva writes, “From every period of my life, I retain the memory of some injustice tormenting me and tearing me apart.”

What ever happened to the revolution of love? The American Revolution, the French Revolution, the Communist Revolution, the Arab Spring, they all want the same thing. They’re all trying to oppose a great injustice and restore equality and fairness to an unjust system despite the fact that all too often the worker’s revolution is high jacked by a dirty politician. It’s a quest for love. Not the trashy nightclub come grind with me kind of love. The real, heartfelt, selfless love that moves us and transforms us.

Where is that kind of love? I'm not just talking about a Black Eyed Peas heartfelt observation. I’m talking about that and more. Much more. I’m talking about the passion and the compassion. They go hand in hand. The heart felt yearning for not only a lost loved one but for a better world. A better justice. That love seems so far removed in a materialistic world driven by greed and exploitation. A new SUV paid for by torturing a crack addicted sex trade worker. I find the extreme real but difficult to process.