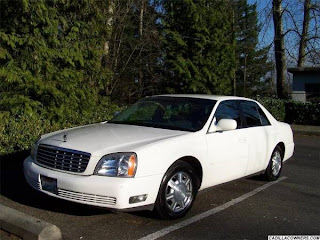 While we're on this stroll down memory lane, let's reflect upon the Loft Six shooting Aug 16 2003. Before Loft Six opened in October 2001 after a $200,000 renovation, the nightclub was owned by Hells Angels member Donald Roming, a member of the elite Nomads chapter. Roming, 40, was fatally shot on March 9, 2001, outside the Bar None club in Yaletown following an argument with two men in the bar shortly before closing time. The men took the dispute outside and Roming was shot.

"Without speaking ill of the dead, he was responsible for laying a very serious beating on a 67-year-old man who was involved with one of the independent companies at the time, to the point this guy was hospitalized," he explained. There were no arrests from these "takeovers" because of the victims' reluctance to report the activities to police, he added.

Well, one of the victims of the August 2003 Loft Six shooting was Mahmoud Alkhalil, a 19 year old from Vancouver. His older brother, Khalil Alkhalil, died in a hail of bullets in Surrey in January of 2001.

As a side note, it was Alkhalil's family and friends who allegedly attacked lawyer Phil Rankin outside a New Westminster court a month after that shooting. Rankin was defending Michael Naud who was accused of the second degree murder of Khalil.

I am told that Nabil one of the Alkalil brothers had a wedding this summer in Ottawa in which Larry Amero and Jonathon Bacon attended. Nabil Alkalil was caught with 11 kilograms of cocaine in Ottawa back in 2008 and served a seven year sentence less statutory release.

I am told that Nabil's brother's Terry and Hisham are involved in Ottawa and Vancouver. One of my sources claims Larry Amero is in charge of their business venture. Must be similar to that courier company the guy who was shot in Walnut grove set up in Montreal. Ya gotta wonder who Larry's hanging out with these days after getting shot up with Jonathon Bacon in Kelowna.