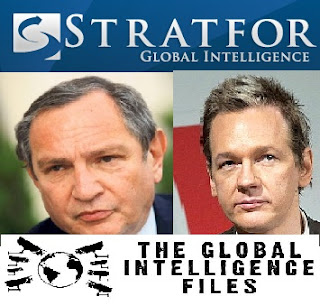 WikiLeaks has announced they have released millions of confidential e-mails from Texas based intelligence firm Stratfor which provides intel for large corporations. I’m not a big fan of releasing confidential military documents that reveal the position of your troops to the enemy as that clearly is treason. Yet exposing wrong doing is a civic duty. Especially when it involves quasi military organizations funded by large corporations that are committing invasive atrocities and trample the Constitution.