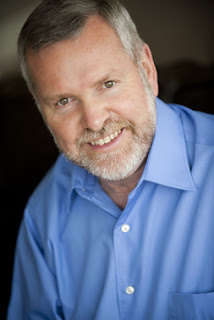 Wow. I knew they must have been a reason I liked that guy. I just wasn't comfortable with him in the Campbell's Collusion. Now he's with the BC Conservatives. There is an alternative to the Christy Crunch. The rising tide is revealed.

Van Dongen, the MLA for Abbotsford South and former solicitor general, rose in the legislature to blast the Liberal government for a lack of integrity, before announcing his defection. John Cummins, Leader of British Columbia's Conservatives, welcomed John van Dongen, MLA for Abbotsford South into the BC Conservative Party. “John van Dongen is a man of principle and integrity, and I am delighted that he has joined B.C.’s fastest-growing party," Cummins said in a news release.

Speaking of dissension within the ranks, provincial auditor-general John Doyle pointed to a lack of transparency about over $80 billion worth of B.C. government contracts in private-public-partnerships or P3s, ranging from independent power producers to construction of the new Port Mann Bridge.

Don't get me started on the Port Mann Bridge. First they were going to twin it. Made perfect sense. The current bridge is new and in great condition not like the Patella bridge which is literally falling apart. But no, Gordon Campbell wanted a King Ramses monument and decided to build one monster bridge at twice the cost. I suppose we shouldn't be surprised at the insider trading that huge over expenditure cost.

So instead of having two cost effective bridges side by side, they decided to build one monster bridge at twice the cost without any consultation with taxpayers whatsoever. Spending money to tear down a perfectly functional bridge is absurd. Now I here they are thinking of turning it into a park. They're going to turn the old bridge into a park. The insanity and fiscal irresponsibility just never ends.