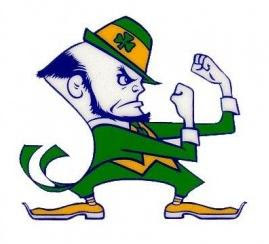 I guess people were expecting I’d have something to say about saint paddy’s day this year. An old post I made about Ireland was getting a lot of traffic. For me Saint Patrick’s day is about a lot more than getting drunk. It’s about a cultural reflection. Two traditional songs that come to mind are A Nation Once Again and The Town I loved so Well. Both powerful and moving.

Scotland has the Saber dance where highland dancers dance with their arms and hands raised. Traditional Irish dancing on the other hand is with the hands at the sides symbolizing being in bondage to a foreign enemy.

The Harp is a traditional instrument of Ireland. There’s a lot of harp music out there that is nice but I find kind of lame and boring. Loreena McKennitt on the other hand is a Canadian harpist that breathes new life into that wonderful instrument rekindling the ancient with a voice and melody that glows.

I remember going to see a local band called Three Row Barley perform at the Rusty Gull in North Vancouver several years ago. I really enjoyed them. They were very good. One of the lead singers was from back east. Two songs that stood out were the Majestic Shannon and Get up you drunken Bastard.

When I was at the Vancouver Occupation I had my bogran and was talking with someone with a tin whistle. Someone came up to us and asked us where we were from. I said I’m from Surrey but they’re from the Holy Land. Oh, Israel they said. No, Ireland I answered. It depends on where you’re from as to what you consider holy. Yet this is our home now and that makes this land holy too.