Robert Thomas knocked out in Prison 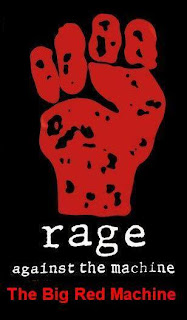 Someone just sent me this link and said they couldn’t believe I missed it. I glad they did. I can’t believe I missed it either. I had heard about another fight in North Fraser Pre trial but I thought it was just another case of the little piggies fighting over pumpkin pie again. I didn’t realize Robert Thomas got knocked out by Matthew Johnston. What’s Thomas doing in Fraser North? I thought he was in Kamloops with Joey VP Verma. Kim Bolan reported: Two fights involving gang members at the North Fraser Pre-trial Centre in the last week have escalated tensions inside the over-capacity institution. Two Hells Angels charged in the same murder case, Robert Thomas and Norman Cocks, suffered cuts and bruises in two separate fights with other gang-linked inmates. Thomas got into a punch-up with accused killer Matthew Johnston, who is charged in the Surrey Six murder case, on March 15 at the Port Coquitlam institution. Thomas was knocked out, but not taken to hospital. Johnston, who police say is a member of the Red Scorpions, was not injured. Two days later, Cocks was in a fight with Stephen Matheson, an prisoner charged with robbery who has gang links. Cocks had his nose broken and was taken to hospital for stitches, but is now back at the pre-trial centre. Now that’s what I’m talking about. Robert saggy ass petty thief from Ontario gets knocked out by Matthew Johnston. Three cheers. I guess the bullies aren’t so tough one on one. They rather jump someone when they outnumber them with baseball bats and hammers. We wannabe Norm Cox gets his nose broken in prison. That is less surprising. I guess people don’t have a lot of respect for rats who gang up on one guy and give him the boots. Surrey, what! Rep’in the hometown in the Big House. Word.
Posted by Dennis Watson at 4:20 PM