Restoring Faith in the RCMP 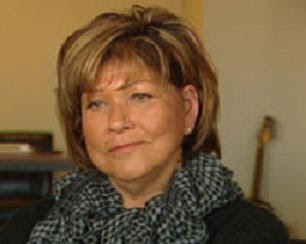 Without flogging a dead horse I will cite the news that there are two new faces added to the list involved in the class action sexual harassment suit against the RCMP. Despite the fact that many of the complaints go back over 20 years, one is forced to ask how such a large organization became so unprofessional and politically incorrect.

We realize that times have changed. Now people are rightfully concerned with sexual harassment and racial discrimination. Back in the day, the TV series Archie Bunker demonstrated how inappropriate some forms of racial humor and bigotry was at one time.

We do joke about how far we have come to the extreme where we sometimes become over sensitive to being so politically correct, the original quest becomes distorted and lost. An example of that is the recent Human rights complaint about Earls using the term Albino Rhino Chicken Wings.

When I first saw the half page add in the paper announcing the human rights complaint, I thought it was a joke. I thought it was a add promoting the Albino Rhino Chicken Wings at Earls. I wondered if they were really serious. The next day the Vancouver Province ran a full page ad confirming that they were serious about the complaint. A group of albinos were complaining the term was being used on a menu.

The day after that the letters and comments poured in from readers who thought they were going a bit too far. One reader said my favorite dish at the Chinese food restaurant is the fat boy then asked if he could sue. Implying that he was over weight and the use of that term was discriminatory. As far as I’m concerned the term albino used at Earls was just an adjective like black eyed peas or white chocolate. Being Albono isn’t really something people view as being bad.

Likewise we can get carried away with sexual harassment. Recently we had our biannual sexual harassment training at work. You’d think that after taking it twice a year for so many years we would be well trained in how to sexually harass someone by now.

I realize that sexual harassment is nothing to joke about. We joke about it because we think it is so absurd. Forcing someone to perform sexual favors to get job promotions is just out of touch with reality these days. One of the questions on the training form says you can be guilty of sexual harassment just for staring even if you haven’t said anything.

Understandably there can be cases of leering or staring at a woman’s breasts or obviously looking her up and down which would clearly make her feel uncomfortable and be deemed sexual harassments. Yet this too can be taken to the extreme.

After the training session a coworker came up to me and was discussing something. I said you aren’t allowed to look at me when you talk to me because that’s leering and is sexual harassment. I was joking. Yet sometimes it feels like bloody hell, we can’t say anything. We can’t even look at someone. What are we supposed to do, walk around with out eyes closed and our mouths covered in the event that we might in some way offend someone?

Nevertheless, when you look at the RCMP complaint, the long list of infractions is quite significant. Making a female employee pose for a picture beside a naked blow up doll. Telling her husband that she had sex with coworkers at the office when she didn’t. Bringing dildos to work. It is getting rather bizarre and unprofessional. One has to wonder why every other large corporation gets sexual harassment training twice a year, and how the RCMP somehow avoids that. You would think the RCMP would be leaders in sexual harassment training and protect coworkers from that kind of abuse not be perpetrators of it.

I do remember a case where three female MLAs in Surrey were caught pulling a prank on each other with a jumping dildo of some sorts. It wasn’t deemed sexual harassment because they were all women but it did raise eyebrows and the public was forced to wonder how appropriate and how professional that was on the tax payer’s dime.
I guess that’s my emphasis here. What is professional and what is not. Sexual assault is a serious crime. When a police officer sexually assaults a fellow officer that is serious. All the other jokes and innuendos are kinda dumb and although it may not seem like a big deal to many, it really is unprofessional.

Here’s the deal. We don’t restore faith in the RCMP by hiding the dirt, we restore faith in the RCMP by addressing it. Clearly there has been an ongoing era of inappropriate unprofessionalism. This does need to change. Once that change is made and once a level of professionalism has returned to the organization, then public trust can return and be rebuilt. However, it has to be genuine not just a new series of ads and commercials. Raising self respect by building an organization members can be proud of will rebuild the public trust and respect. It’s that simple.