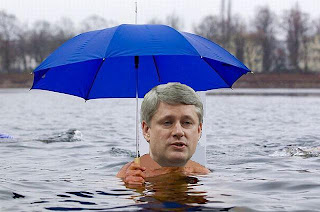 More bizarre accusations continue to fly out of Harper's mouth long after they were proved wrong. Stephen Harper is still boldly declaring that the Liberals were the only party that used a US firm for their robocalls. That single statement contains two falsehoods.

The Liberals didn't use a US firm for their robocalls. That was proven. If he keeps repeating it long enough and if he starts yelling loud enough, will that make that false statement rue? I think not.

This was clearly pointed out in the media and the commentators are starting to ask what planet this guy is on to continue making false statements that everyone knows isn't true. Their credibility gap isn't just widening it's sinking like the titanic.

Firm linked to robocalls has shady past in U.S.

"The company" that handles the Conservative Party's computerized voter-identification system and powerful fund-raising machine has a checkered legal history in the U.S., where it operates call centres that have repeatedly been the subject of lawsuits and complaints over its telemarketing practices.

A North Vancouver man has filed a formal complaint with Elections Canada, alleging that an attempt was made to deceive him about where to vote in last year's federal election.

Bruno Bisaillon, 39, said Thursday that a machine-generated phone message purported to be from Elections Canada told him his balloting venue had changed from nearby Upper Lynn Elementary to a location three kilometres away. 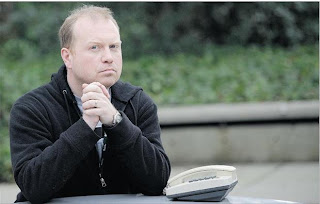 Guy Giorno, Conservative campaign chairman for the last federal election has denied that the party was behind any dirty tricks being alleged in the robocall scandal. But that's simply not true. As soon as the story broke, a Conservative staffer resigned over it. Michael Sona, who until Friday was a staffer in Conservative MP Eve Adams's office, also worked for Conservative candidate Marty Burke in Guelph, Ont.

Harper got on his high horse and insisted they would get to the bottom of it and bring the people responsible to justice. They instantly found a scapegoat and demanded his resignation. Only when it was obvious the voter suppression operation was bigger than one riding and one kid, Harper completely changed his story and denied anyone from the Conservative party had anything to do with it. But we already caught and fired Michael Sona. The next question that needs to be addressed is who else was involved?

Nine Conservative campaigns used the services of Racknine, the call centre whose services were used for the fraudulent calls. It's not unusual to use call centres for legitimate campaigning.

Ridings across the country reported fraudulent calls on May 2, 2011, redirecting voters to the wrong polling station. The RCMP told CBC News on Thursday that Elections Canada is investigating the matter.

Sona made news before the election when he allegedly tried to grab a ballot box at the University of Guelph. He claimed the polling station was illegal. A statement released by Burke's campaign said nobody from their team touched a ballot or ballot box. Elections Canada allowed the ballots to be counted.

Sona graduated from the University of Guelph in 2010, according to a web page showing his professional history. He worked for Conservative MP Rob Moore from June 2010 until March 2011 and from May to September 2011. He also worked for Canadian Heritage Minister James Moore for four months in 2009.

Feedback in the Vancouver Province

The Vancouver Province ran some interesting voter feedback on the matter.

How many more scandals can we tolerate with The Conservatives. He has been Prime Minister for 6 years and from Bev Oda, to contempt to robo-calls it is clear he has no respect for democracy or Canada.

Nothing will come of it.....a complete waste of time. Politicking at its worst. Lets get on with running the country and the opposition making sane suggestions as to how things can be improved.

Of course, Harper will deny knowing anything about this misleading tactic…just another step in the attempt to monitor everyone all the time. George Orwell, here we come.

I think Mr. Harper knows more than what he saying, a lot more! I wouldn’t be surprised if this was his idea! This is one of the most corrupted governments this Country ever had, It reminds me some guy called Gordo. Politicians should all adopt a middle name beside Honorable as soon they are elected: Pinocchio.

It sounds like the Conservatives are back pedaling. If it can be proved that the Conservatives participated in dirty politics, then a vote of non-confidence should be taken to force Harper to step down. Regardless if he knew about it or not, he is ultimately responsible for his team.