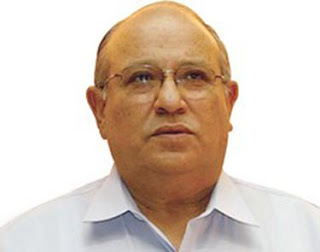 Dare I mention Mossad? The Israeli secret service. Meir Dagan, former chief of Israel's Mossad, was on 60 minutes last night laking about how he didn't think Israel attacking Iran's nuclear plants would be wise at this time. Interesting to say the least.

Mostly because it wouldn't be a matter of bombing one or four sites, it would be a matter of bombing a dozen sites. The whole matter of nuclear energy is very problematic. How can we say Iran isn't allowed to develop nuclear energy when we sell Candu reactors to China, India and Pakistan all of which have been use to test nuclear weapons. Yet letting Iran have nuclear weapons is very problematic indeed. The first thing we should do is stop selling Candu reactors to China, India and Pakistan. 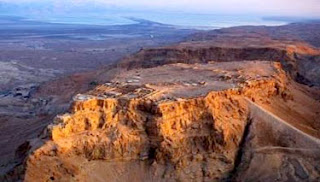 When I think if Mossad, I think of the magnificent fortress near the Dead sea called Massada. What a tragic end that fortress had. Historically, the Romans placed them under seize and eventually built a ramp so their armies could invade the fortress. The night before the invasion all the inhabitants of Massada committed suicide because they did not want to return to slavery. Tragic indeed.

As is the motivation behind Meir Dagan's involvement with Mossad. The Holocaust was a horrific event. That is why we wet and fought in the trenches on foreign soil. My grandfather had mustard gas burns on his back from the trenches of WWI. Meir Dagan carried a picture of his Grandfather wearing a prayer shall in a consecration camp right before he was executed. Very sad. No doubt one one would be determined to say never again. Thus the preemptive work of Mossad. 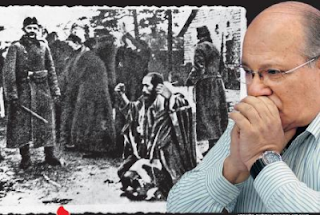 First, does the end justify the means? Murdering a nuclear scientist in Iran may save lives if they use that technology to make nuclear weapons and kill full cities, yet is not killing a scientist murder? Where do we draw the line? Do we draw lines? I certainly hope so.

Executive a terrorist leader. One can again argue that executing the leader of a group of terrorists will in turn save many lives. Yet who determines who is a terrorist and who is not?

Then there's the drugs... We know Iran Contra wasn't limited to Iran. We know Oliver North was in charge of everything that went in and out of Nicaragua. That would include the cocaine coming out of Nicaragua that came out of Panama from their friend Noriega through Operation Watch Tower. That would include the arms that went into Nicaragua for the Contra rebels that the cocaine bought.

Colonel Edward P. Cutolo claimed there were a series of three electronic beacon towers beginning outside of Bogata, Columbia, and running northeast to the border of Panama." With the beacons in place and activated, aircraft could fix on their signal and fly undetected from Bogata to Panama, landing at Albrook Air Station.

Cutolo testified that the cargo flown from Colombia into Panama was cocaine. Cutolo claimed during the Feb., 1976, Watch Tower Mission, 30 high performance aircraft landed safely at Albrook Air Station where the planes were met by Col. Tony Noriega, a Panama Defence Force Officer assigned to the Customs and Intelligence Section. Also present at most of the arrivals was CIA Agent Edwin Wilson.

Cutolo claimed he was informed that Michael Harari is listed as a senior Mossad agent. Harari was the un identified male Israeli national that met the aircraft which flew into Albrook Air Station during Operation Watch Tower. He was the one who gave Edwin Wilson two briefcases full of U.S. currency in various denominations. The briefcases were given to Edwin Wilson at the end of operations in March and Feb. 1976. It is my understanding from Pentagon contacts, that Harari's activities in Latin America are well known, including his drug trafficking endeavors.

Does the end justify the means? No it does not. And why would an Israeli arms dealer sell arms to the enemy? Just for the almighty dollar? Isn't that a betrayal of trust?