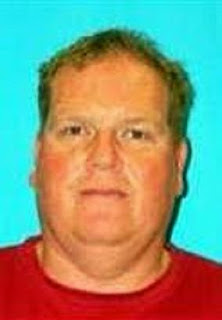 Freddy was right. Three key players in a multinational drug-smuggling operation with ties to B.C.'s Hells Angels were sentenced Friday in U.S. District Court in Seattle. Jacob Burdick, 34, of Marysville, Wash., was sentenced to 12 years for directing the distribution of drugs and money from a warehouse in Kent, Wash.

A California couple, Michael Murphy, 62, and Pamela Marie Murphy, 58, of Penn Valley were sentenced to prison terms of 12 years and 18 months, respectively. Michael Murphy served as chief pilot in distributing B.C.-grown marijuana and cash across the U.S. to cities such as Chicago, St. Louis and Atlanta. He would collect money made from pot sales and return it to California to buy cocaine bound for B.C.

"The smuggling organization had ties to members of the Hells Angels outlaw motorcycle gang in British Columbia," the U.S. Department of Justice said. Judge John Coughenor highlighted the connection between the marijuana going south and the cocaine going north. "This [marijuana] is the commodity that is sold to generate cash to buy cocaine, which has done significant damage in Canada," the judge said.

A Canadian man, Trevor Alan Jones, has been indicted on several counts in the drug bust, along with several others. Jones, born in 1970 and now a fugitive in the U.S., is wanted by the U.S. Drug Enforcement Agency for conspiracy to distribute marijuana and cocaine in the western district of Washington state.

Jones, who goes by the alias "Red," is six-foot-one, weighs 220 pounds, has red hair and brown eyes. Rewards for his capture are available at the discretion of the U.S. Marshals Service. Through wiretaps, U.S. investigators determined the drug ring was transporting and distributing 450 to 1,000 kg of marijuana and 100 to 200 kg of cocaine every month for at least five years.

Trevor Jones has been indicted and is now a US fugitive? Wow!!! We remember they were implicated when the bust first happened. Court papers said Tbarz was the hub of the Canadian Operation. That would be owned by Trevor's brother Randy not Trevor. However, it might be in their mother's name now just like the web site. Who would put a strip bar in their mother's name anyways?

Trevor was the registered owner of Dank Energy Drinks a new and improved "Hemp" energy drink. Only "Trevor" used Randy's e-mail address to register that domain. I wonder if Randy will be on the red carpet at the next Juno's? No doubt his pal Russel Peters knows where he is. Good luck to ya Eggman. You are the Walrus now. 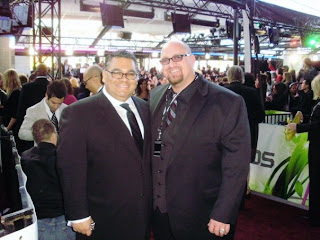