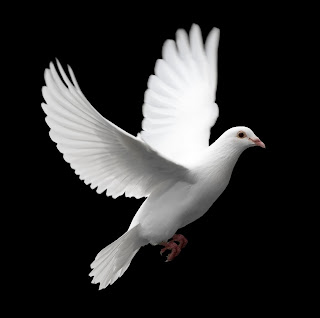 Another bizarre tragedy in Afghanistan. A rogue US solder snaps. He went AWOL and killed 16 civilians including nine children. Words cannot convey how strange and how sad this event really is. Why on earth would he do that? Obviously he snapped but to kill allies, civilians at that, clearly is treason.

There should be a fair trial but this is not a civil matter. It is a military matter. It should be determined if there really was just one shooter or multiple shooters. If found guilty then they should face the firing squad. Sorry if that sounds extreme but that kind of treason in a time of war puts all of his fellow soldiers at risk not to mention the outrageousness of the atrocity all on it's own.

Justice is not possible. There is no way to bring back the lost loved ones. Some might argue that 16 Americans should be executed not just one, to which I respond, which ones? 15 random Americans should be lined up and murdered? That would not be just. It would perpetuate the injustice until we are all blind.

If one person committed murder than that person should be put to death, not 15 random people. Clearly something went wrong that needs to be addressed. There was a rogue shooter at a US Army Base in the States. Instead of shooting fellow soldiers or fellow students at school, this lunatic shot foreign civilians. Equally shameful.

Without minimizing the atrociousness of the tragic event, I will add that the Taliban have also murdered many more than 16 civilians in many of their suicide attacks. We should recognize the seriousness of the tragedy and remember the enemy has done worse. That in no way minimizes what this solder has done. It just reminds us that there isn't one good guy and one bad guy in this conflict. Mistakes are made but evil does perpetuate and we are morally bound to resist it.

As for the tragic situation in Afghanistan, I will note that the current president who would not be president if the allies hadn't invaded, just endorsed a law that allows husbands to beat their wives and forbids women from leaving home without a male escort. That is not the sign of an enlightened moral nation. It is an extremist defiantly bragging about being a neanderthal. That has nothing to do with God or Islam.

It makes us wonder why we went to Afghanistan in the first place. A mission isn't wrong because it's hard or because there are many casualties. If Bin Ladden was responsible for 9/11 then it would have been the right thing to do. I just don't believe Bin Ladden was responsible for 9/11. I think the invasion was really about reversing the Taliban's decision to give the contract for the Central Asia gas pipeline to an Argentina firm named Bridas instead of the UNICOL.

Letting girls attend school is a basic right in a civilized society. Yet returning Afghanistan into the world largest producers of Opium after it was almost completely shut down has been a tragic bi product of the invasion.