Prostitution legalized in the Supreme Court 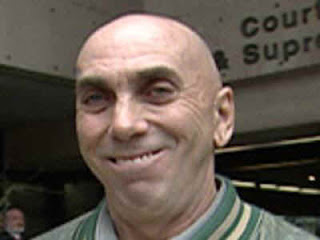 This is a rather strange one. I’d hardly call prostitution a charter right. If I’m not mistaken, prostitution wasn’t illegal, just public solicitation which appears to be upheld by the decision. Clearly what consenting adults do behind closed doors is their own business. The concern is the consenting adult’s part. All too often people are forced into prostitution, often underage girls and boys sadly enough. That is not legal.

Public prostitution on the street corner brings with it an array of social problems. All too often it is accompanied by drug addiction. Yet legalizing brothers is a concern when you’re talking about a crack addict chained to the bed who is paid in crack as was seen in a Montreal crack house. I have to agree that exploitation isn’t sexy.

Although I totally oppose the courts over stepping their democratic boundaries, one interesting element of the decision states that prostitutes are allowed to hire body guards while exploitation by pimps is still illegal. Just how do then plan on preventing exploitation by pimps. The new order makes that almost impossible.

The interesting part is the right to hire body guards. Back in the day, before the Hells angels took over the prostitution in Vancouver, Enforcers used to protect the ladies of the evening. If a John mistreated one of the ladies, the enforcers would beat him up. When the Hells Angels took over the business, that practiced stopped and the number of sex trade workers that ended up disappearing increased exponentially.

We know that the court heard another US Hells angels forced a woman into prostitution. The court was told he said you work for me now. We know that after a horrific murder at the Surrey House of Horrors, the victims girlfriend was told she had to become a prostitute to repay her boyfriends debt. We all know what organized crime group supplied the Surrey House of Horrors with cocaine and profited from the atrocities that occurred therein. How does the new order prevent a crack house like the Surrey house of Horrors from returning under the guise of being a legalized brothel?