Guilty plea in the Guthrie McKay and Lisa Dudley murder 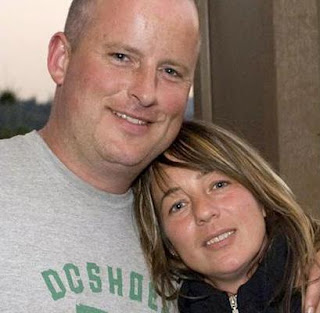 Big news in the Guthrie McKay and Lisa Dudley murder. Jack Douglas Woodruff plead guilty to two counts of first-degree murder and has been sentenced to life in prison.

We remember the tragic story well. Police described it as a targeted hit at the time. Police responded to a shots fired call but the person who called first called the non emergency number and said they weren't 100% sure it came from that house. As a result the officer didn't even get out of his car to investigate while Lisa lay wounded for days before she was found and eventually died.

Yes it was a tragedy but remember the police officer wasn't the one who shot her and her husband. People had contacted me and said Hells Angels attended some kind of fundraiser for their kids. That was somewhat strange. What did the Hells Angels have to do with this wonderful couple? Guthrie rode a sports bike not a Harley.

The news today reports that the husband was running a grow op and had been doing so for some time. So the question is, who was he running the grow op for? Is there a grow op in mission not run by the Hells angels? Don't they use violence to take over the grow ops in that area?

So if Guthrie was running a grow op for the Hells Angels, why would they shoot him? Was he told to go away on holidays and someone did a grow rip while he was gone? Was he shot by a rival? Unlikely. The rival(s) would have been taken care of. The real question that needs to be answered is what is the motive for the murder?

The court heard that Lisa Dudley, 37, was the target of the plan carried out on Sept. 18, 2008. Guthrie McKay, her boyfriend, was to be killed "if necessary," according to prosecutor Jodie Harris. Wood-ruff was designated in advance as the shooter. Sounds like an organized plan to me. Who ordered the hit and why?

The shooter, Woodruff dated Karen Batke of Surrey before she disappeared around February 2007. Now it turns out he has confessed to murdering Karen but won't be charged due to a lack of "evidence". He claims she attacked him with a baseball bat in a drug fueled rage. So far the only evidence is his word. Sad. 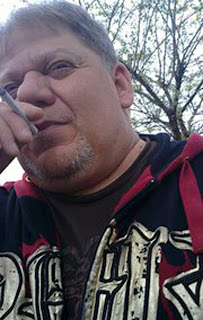