State of the Rebellion 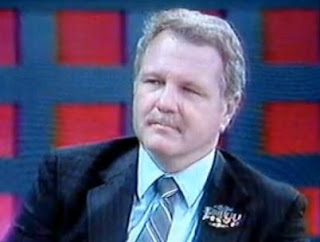 The large banner add in the middle of Neil Hall’s book has got me thinking. We’ve been doing this website and blog for a while now. Three years and over three million hits later, what have we really accomplished? I’m sure some would say absolutely nothing. The blog has been a complete waste of time. Yet it has raised public awareness about the Hells Angels’ involvement in the drug trade and the BC gang war.

Neil Hall’s book The Hells Angels vs the Million dollar rat has helped document the connection between the East Vancouver Hells Angels and the Vancouver drug trade. Something that Wally Oppal didn’t want discussed. Not just Ron Lising and John Punko’s involvement in the cocaine trade. Their ties to Kerry Ryan and the meth trade as well. Last December the OMGU busted up a series of meth labs ran by bikers. We all know which bikers they are referring to. They also ran a meth lab in Kelowna that was a large production point for the interior.

It’s not just a matter of a few members of the Hells Angels getting caught selling drugs. It’s a matter of the Hells Angels using their name and reputation to enforce for the drug dealers that sell their drugs. This is not new and this is not limited to Surrey and Vancouver. It has become the past practice in Quebec and Winnipeg as well as small towns across the entire country.

Another thing we’ve discussed on the web site and blog is how the drug trade has infiltrated higher levels of government as shown in Operation Fast and Furious. Operation Fast and Furious made the news when government agencies were caught selling the Mexican cartels guns and brought back tons of cocaine as payment. The big outrage was selling the cartels guns that were used to murder a US border agent. Yet bringing back tons of cocaine into the US as payment for those guns was equally disturbing.

This web site has discussed the fact that government agencies involvement in the drug trade is nothing new. Gary Web exposed it and documented it. That is what they were doing out of Mena, Arkansas for years. Barry Seal was a CIA operative directly involved is the drug trafficking and money laundering. Bo Gritz confirmed that this was even going on during Vietnam. Strange how every time I link to the video, it's taken off the Internet.

Clearly, if we want to address the concerns the public has over the Vancouver gang war and the crack and crystal meth sold on the street, we need to confront the secret government agencies that are involved and profit from it. Which as we recently demonstrated is even tied to the dark side of the Mossad.