Edmonton Police and the Hells Angels 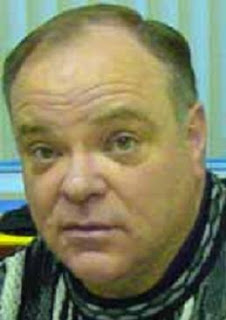 In the spring of 1999. Ron Robertson and Ken Montgomery claimed the Edmonton police force had been infiltrated by the Hells Angels and other elements of organized crime. They also claimed the chief at the time, John Lindsay, was ignoring their concerns.

After weeks of research and confidential meetings the first break came. Sources revealed a police detective was strongly suspected of selling inside information to the Hells Angels for $20,000. Meanwhile Police Chief John Lindsay also asked that any investigation into his conduct be stopped.

As a result of the first stories, more confidential sources came forward with information about a secret medical report on Robertson, a report the detective himself had never been allowed to see. Chief Lindsay had used the secret document to demote Robertson on the grounds of mental incapacity. The 19-year veteran was no longer able to investigate biker gangs in the department`s Integrated Intelligence Unit. In his new position, the restrictions were so severe that Robertson was even prohibited from leaving police headquarters during his shifts. But curiously, what CBC learned was that the doctor`s report actually gave Robertson a clean bill of health; he suffered from no discernible mental disability. The report suggested the force`s problems with Robertson were not medical at all; but rather an internal, administrative issue.

CBC also claimed that Calgary's chief had written a letter to his Edmonton counterpart warning that one of his officers had been observed associating with criminals in a Calgary bar and had talked about police surveillance techniques.

There were also RCMP investigations from the past that looked at a host of allegations: that several police investigations were destroyed after officers leaked confidential police information of a sexual assault committed by an Edmonton police officer and of another officer dating a stripper, who at the time was living in the Hells Angel's clubhouse in Quebec. CBC reported that none of these allegations had been investigated; mysteriously the probes seemed to just stop when they were passed on to the Edmonton Police Service. These new allegations showed that suspicions of corruption within the Edmonton police department were far broader than Detectives Montgomery and Robertson had revealed in their complaints.

Twenty-six weeks into 2011, Edmonton leads the nation with 26 confirmed homicides, closing in on annual totals of 27 from 2009 and 2010, and on pace to surpass the 2005 record of 39. Cities of comparable size lag far behind: Winnipeg has 16, Ottawa, five, while Calgary has four. Edmonton outstrips far greater populations. Toronto, with a core population of 2.5 million, has had 24 homicides. Montreal, with around two million, has had 18. There have been six homicides in Vancouver.

Email ThisBlogThis!Share to TwitterShare to FacebookShare to Pinterest
Labels: Police