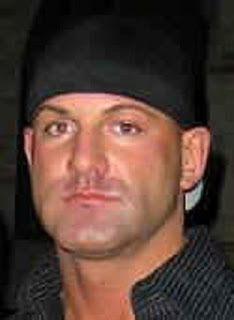 Billy Bowden, a former Hells Angels associate has just been sentenced to eight years for drug trafficking. He admitted to selling a kilo of cocaine to an old friend who turned out to be a police agent. Bowden, 36, was one of 13 people arrested in February 2012 as part of "Project Deplete."

Police seized about 6.9 kilograms of cocaine, 4.6 kg of crack cocaine, and 2.7 kg of methamphetamine. They also seized more than 9,800 tablets of ecstasy, about 500 tablets of oxycodone and about 900 grams of marijuana. The investigation went back to August 2011.

Crack and crystal meth. That is the biggest problem we now face in our communities. Mike on Crime is reporting Bowden joined the Hells Angels in July 2004, but was kicked out of the gang in 2006 following an internal dispute. That was when they killed his friend to let the Ontario Hells Angels take over the drug trade in Thompson and told him to suck it up or become a target.

Rumor had it he had crossed over to the Rock Machine and is very popular in his home town of Brandon. One news source claims one of the arrests in Project Deplete was of a guy named Jamie Christopher Korne who used to be a member of the Rock Machine but claimed to be president of Vagos in Canada. Vagos denied the guy ever became a full patch member let alone president or that Vagos are in Winnipeg. We do know Sean Brown was the National President of the reborn Rock Machine but there was a coup and they kicked him out “because he was a pussy.” Turns out that wasn’t entirely true. I am told what really happened was a bunch of young thugs took over the club and wanted to turn it into a gang which they did.

We know that Sean Brown ended up going over to Vagos in Toronto not Winnipeg. News reports claim he didn’t want to provoke the Hells Angels and wanted to stay out of Quebec as not to rekindle old animosity there. The news report claimed he wanted to stay away from the drugs which I can personally confirm they had posted on the RM web site when he was president. After the coup they took that part off and as we can now see in project Deplete, have returned full scale to the business of selling drugs.

We need to remember that in the year 2000, the founders of the Rock Machine as well as a few key leaders crossed over to join the Hells Angels to protect Mom Boucher’s interest in the club right before he went to prison. In 2008 Sean Brown relaunched the Rock Machine with the same Eagle’s head just with different colors – white and black instead of yellow. It actually looked awesome. So Sean Brown relaunching the Rock Machine in 2008 and the young thugs who kicked him out and took it over shortly thereafter means that it’s new kids and they are back in the business of selling drugs. I think Sean Brown had the right idea. Too bad the coup couldn’t see that. Unfortunately, Vagos uses the same Nazi lightening bolts as the rest of them.

I just don’t get this juvenile obsession with omg patches that grown men have. If you want to ride go ahead. Just don’t sell drugs or use a patch to bully people. There is no L & R in the Hells Angels or any of their puppet clubs. Bacchus isn’t an MC. They’re just a drinking club who sell drugs for the Hells Angels in PEI.