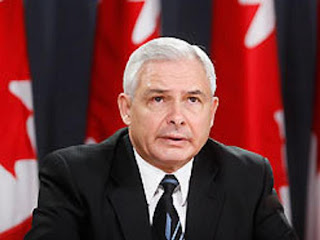 Here’s a disturbing story that raises two serious concerns. The first is fiscal responsibility. “Conservatives” are *supposed* to be fiscally responsible. Or so they keep telling us. That’s why I keep saying Stephen Harper is not a conservative.

The Ottawa citizen is reporting that Canada’s special forces are having trouble keeping track of millions of dollars worth of sensitive equipment that they use — and in one case had no idea of the extent of the missing “black assets,” as they are known, according to a new Defence Department audit.

The US has the same problem times a thousand. The day before 911, Donald Rumsfeld said the greatest threat to America is the enemy from within and that the US military can’t account for 25% of what it spends and has lost $2.3 trillion. Trillion. That was the day before 911 and the invasion of Afghanistan overseeing opium production and the unlawful invasion of Iraq. Since then that figure has no doubt increased exponentially.

So the first problem is fiscal accountability. One department loses millions of dollars, I.E. Canadian tax dollars and they had no idea of the extent of the amount of missing money. That is a huge concern in itself.

Criminals steal. They mug people and steal purses. They will break into your home and will steal your car. They will steal your id and take money out of your bank account. More sophisticated criminals will commit investment fraud and steal from banks and wall street. The bottom line is that wherever there is money, there will be criminals wanting to steal it. It becomes a public issue when they are stealing tax dollars.

Since the military has money, they too are a prime target for criminals to steal from. Al Martin talked about how big a problem it is in the States when he described Huntsville as the vortex of corruption. Clearly Canada has a similar problem that needs to be addressed. No doubt Stephan Harper will fire the whistleblower that made this information public instead of dealing with the problem.

That brings us to the second concern. The Ottawa citizen is reporting that the nature of the equipment in question is censored from the audit done by the department’s Chief Review Services. But much of it is considered so secret that details about the gear is not even shared with the Defence Department or Canadian Forces.

The Canadian Special Operations Forces Command, or CANSOFCOM, calls such equipment “black assets.” Other equipment, which can be openly discussed are labeled as “green” assets. Ok so what the hell is a “black asset?” We have heard the term in a popular video game Call of Duty Black Ops. We have read recently of CIA black prison sites all over the world where they torture people without a lawyer or fair trial. So tell me then just what is a black asset?

This whole topic brings us to a third ongoing concern. After it was reported that the Harper government spent $750,000.00 on legal fees fighting Canadian veterans so they could claw back their pensions and benefits, Pierre Daigle the Canadian Forces ombudsman claimed two former soldiers, suffering from post-traumatic stress disorders, were unfairly treated by officers and Defence Department managers.

Then Peter pea brain McKay pipes up and tells the media the ombudsman shouldn’t be acting as an advocate for the soldiers. That’s exactly what they are supposed to be doing. Investigating complaints. If they find a complaint is valid they are supposed to say so. Peter McKay should not have anything to do with the Canadian military.

Peter McKay and Stephen Harper lied about handing over Canadian prisoners to be tortured. They broke the law, they lied about their knowledge of it, and they fired and slandered the whistle blower that leaked the information to the public in the interest of national security.

Peter McKay and Stephen Harper are not honest men and should not have anything to do with the Canadian military. Ever. They have repeatedly proven to be in a conflict of interest that has jeopardized national security. Sadly, Pierre Daigle will be the next in a long list of whistleblowers fired by the Harper government. Stephen Harper has changed the nation and what he has created in not good. It is dark and evil and the time has come for those secret works of darkness to be brought to light. Word.

Posted by Dennis Watson at 9:36 AM