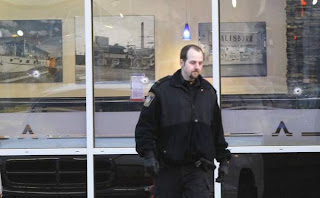 One man is dead and another in hospital following a double shooting at a restaurant in Winnipeg 3:00 AM this morning. Police say it appears to be targeted. CTV is reporting that sources claim the victims were cocaine dealers and suggested they were shot by a rival group. Gee I wonder who that would be. At least in Winnipeg when someone gets shot dead the police call it a homicide not a suspicious death like they do in Edmonton.

Five days ago there were three separate shooting in the same day in Winnipeg all tied to the drug trade. The deceased in today’s shooting has been identified as Jeffrey Lau. Six bullet holes can be seen in the front window of the restaurant. A handgun was found on the street at Hector Avenue and Stafford Street, several blocks from the restaurant. There are no concerns for public safety, police said in a release. No concerns or no regard? 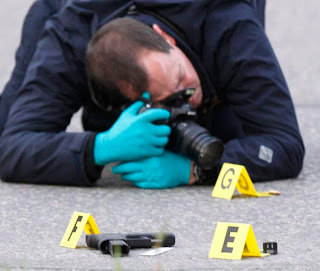