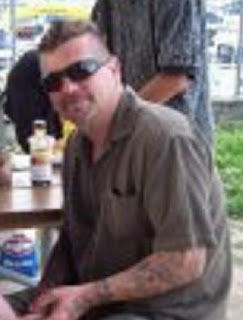 Another Kelowna Hells Angel bites the dust. Police are announcing that they have discovered a stolen car ring tied to the Hells Angels in Kelowna and have arrested Johnny Newcome from Cycle Logic as the ringleader. Wow. The Kelowna Hells Angels are sure getting their ass kicked by law and order. Pride cometh before the fall.

I want to pause for a moment and emphasize how significant this latest bust really is. We all know that crack dealers and crystal meth dealers are low life scumbags. When I started advertizing the Kelowna Summer Jam before summer started, I really wanted to clarify the misconception of what a rat really is. I took it back a notch and tried to find some common ground. Something everyone could agree on.

The first thing that came to mind was the old notion of a Surrey rat. Some punk ass kid who steals cars and breaks into comes. You can’t get any lower than that. Someone who steals stuff is a low life. Everyone can agree with that. Reporting a car thief to the police isn’t being a rat. Stealing cars is being a rat. That was something everyone could agree on. I took that argument one step further and said people who sell crack are just as bad as car thieves. Ratting out a crack dealer isn’t being a rat, failing to do so is. Likewise with murder. Reporting Geoff Meisner or Britney Irving’s murder to the police isn’t being a rat. Betraying them and murdering them is being the rat.

Low and behold, the CFSEU break up a stolen property trafficking ring for the first time in BC’s history. Tied to the Hells angels. Wow. There’s no L & R there. Just low life greed. The police are alleging that this organized crime ring would bring stolen cars and boats to Cycle Logic where Johnny be good would revin it and send them on their way.

In once case, the police are alleging the President of the Kelowna Hells Angels reported two vehicles as stolen, and the vehicles were later processed at the garage. Police also recovered three stolen vehicles that were allegedly in the possession of the Calgary Hells Angels chapter. Wow, that is lower than I thought they could possibly go. They have no right to EVER use the word rat again unless they are referring to themselves.

This bust seals the deal. The Kelowna Hells angels are a criminal organization. Their clubhouse should be seized. Carpe Diem.

A member of the Nanaimo Hells Angels worked at that chop shop as well.