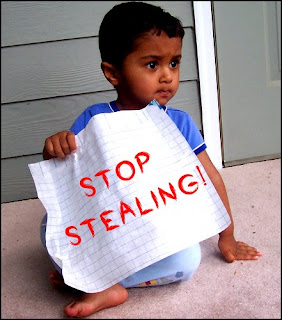 It’s bad enough we don’t refine our own oil before putting it in a pipeline and shipping it out of Canada. It’s bad enough that the Enbridge Partnership is a Houston based company. It’s even worse that we might let Communist China buy our oil rights. Now we’re even considering giving our oil rights to Kuwait of all places. The insanity just never stops. Back in the day we had military invasions. Now we have corporate takeovers.

How about Canada keeps it’s own oil rights? There are a lot of protests going on in Central America right now about Canadian mining and oil companies going in and making money off their resources. Part of the protests are a little bit misguided. They claim when people in these small towns start getting money, they end up spending it on alcohol, gambling and prostitution. We don’t want that big city crime coming to our small town communities.

Basically they’re protesting against economic prosperity because they don’t think people there are socially responsible with their money. The thought is well meaning but a wee bit misguided. The real concern is Canadian companies going in and getting rich off their resources. Keep in mind this isn’t Canada or the Canadian government doing this. It’s a private company registered in Canada. So now the dirty dogs of Wall Street are starting to use Canada to further their real objective of Global Imperialism. That’s what we’re talking about. That’s why those dirty dogs want to privatize Mexico’s oil and get their greedy little mitts on all that revenue. So they can bring back Corporate Imperialism which as we have seen, ultimately leads to Corporate Communism. From one extreme to the other.

So now we’re going to do the same thing to ourselves. We are going to sell our oil rights to a private corporation based in a foreign country and once again go back to the days of being a colony. As far as I’m concerned, those days are over. We are a free republic now. There is no turning back.

At least Kuwait gives their own people a kickback in the form of lower gas prices. Not us. We let these oil companies rape us both ways. First they get rich off of our natural resources, then we let them screw us at the pump with obscene gas prices. That is so wrong.

We should nationalize our oil. We should keep those profits in Canada and use that money to pay down our debt, build roads, schools and hospitals. Imagine how we could lower taxes for every citizen if we nationalized our oil and used those profits to offset tax revenue. Oh that’s socialism you cry? No it’s not. This corporate imperialism is because we know where that leads.

At first glance the idea of building an oil pipeline isn’t a bad one. Until we take a look at Enbridge’s past history in Michigan and Wisconsin. That is a colossal concern. So that’s when we in BC say, hey, we want a little more cheddar if we are going to take all the environmental risk. After all, building a pipeline through BC doesn’t really create any jobs in BC once the pipeline is built.

As soon as we say we want a share in the profits, the Alberta premier says that’s crazy. So we say F you, we want to pull out of the deal. Then Harper say no, F you. You don’t have a say in the matter. I just rewrote the rules and paid for a smoke and mirrors committee then gave all the decision making powers to my Cabinet. Now that doesn’t sound very democratic. In fact as Michael Moore once said, it sounds a lot like the other ism they keep warning us about. Enbridge’s misinformation about the environmental risk isn’t very reassuring either. 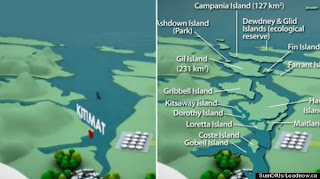