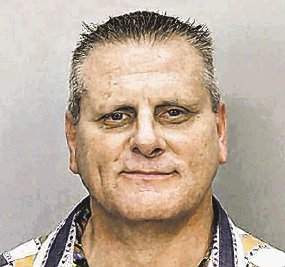 I know I shouldn’t even mention it, but I will. Since we were talking about religious hypocrisy tied to the drug trade and the gang war, there’s one more example that I forgot to mention, Jimmy Hughes. Jimmy Hughes is a paid minister who’s claim to fame is that he was a hitman, a murderer. Now he’s a paid minister. Although he admits to being a hitman and murderer, he refuses to name any of the people he was contracted to murder. Oh that’s just between me and God. No it’s not. It involves the families of everyone he has murdered as well as the courts.

So Jimmy Hughes was arrested not long ago for the murder but the case flopped and didn’t go anywhere. Now he’s back to being an unrepentant paid minister. The other day I saw one of Glen Heggstad’s books at Chapters. I can’t think of anything more hypocritical then bragging about being a former hit man and refusing to name who he murdered to the courts. That makes his ministry a lie. Yes people can change but you can’t overcome your past without coming clean and accepting responsibility for it.

Three years after the slaying, Jimmy Hughes claimed he was just a bagman in the case, contending that John Philip Nichols had him deliver $25,000 to a man in Idyllwild as partial payment for the hit. But that confession went nowhere. Police couldn't tie Nichols to the triple murders. Perhaps his ties to Robert Booth Nichols had something to do with it. Detectives won't say what prompted them to charge Hughes after all these years. But it's clear they believe Hughes was the hitman, not the bagman.

I used to work with a Protestant who was also a talented musician. He was very cynical about circus style religion and wrote a song about a Jimmy. His song was about three people named Jimmy: Jimmy Baker, Jimmy Swaggart and Jim Jones. He compared all three as snake oil salesmen leading a parade of insanity that was a bizarre circus side show. Clearly we can add one more jimmy to that list: Jimmy Hughes. Buyer Beware.