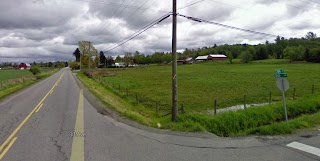 I had a report there was a shooting in Surrey again two days ago but didn't see anything in the news about it. I asked the source where hey heard about it and they said they drove past the crime scene and saw four bullet holes in the house. They claim it was around 80 Ave and 184 Ave. This brings us back to the concern that the police aren't reporting every shooting if it didn't result in a fatality. To me that is suppressing crime statistics. The duty to warn the public would include the duty to warn them about all shootings in their community even if it didn't result in a fatality.

It was pretty hard to conceal the fact that a pick up was shot at in Vancouver the other day when they closed the Burrard street bridge down to seize the vehicle. You'd think they would have let him get across the bridge before they seized it.

Anyways, when Bob Green's cousin Len Pelletier was shot at picking up his son from school in Langley that was in the news and no one died. That was a public safety issue. When Jody York's house in Langley was shot at, that made the news even though no one died. It's all a public safety issue. Like that recent shooting in Vancouver. Many shots were fired but only two hit the truck. That puts the public at risk.

We're going to have to do better about warning the public about shootings in their community even if it didn't result in a fatality.

I'm still trying to find out what happend with Giles in court today.