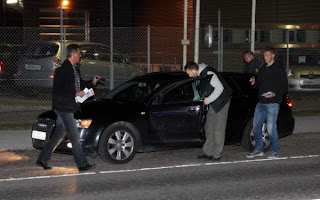 Just as I was trying to catch up with all the news about Denmark's problems with the Hells Angels and their associated gang violence, breaking news tonight is two Hells Angels have been shot and stabbed in Copenhagen. I say tonight because it's already night there.

A Hells Angel was thrown out of a moving car after he was beaten and stabbed with a knife, while another Hells Angel was found lying on the back seat of a car with a gunshot wound in the leg. A Hells Angels Rocker means a full patch memebr. The other day a 17 ton truck drove right into the Bandidos clubhouse in Copenhagen. "Castle" is properly translated to be clubhouse. Looks like the truck drove right into a brick wall and received more damage than the clubhouse did. 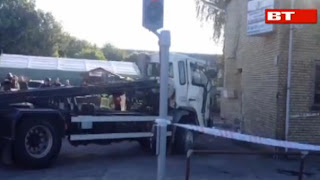 Turns out this recent stabbing and shooting of two full patch Hells Angels in Denmark has nothing to do with their conflict with the Bandidios. It was yet another conflict from within. Philip Nielsen is the Hells Angel stabbed and thrown out of the moving car, while Kasper Kruse is the Hells Angel that was shot in the leg. Both had been recently kicked out of the club in bad standing. Clearly steroids don’t make you bullet proof. Seemingly Philip Nielsen slandered a number of older HA-brothers, as being too old and weak. Time will tell. Sadly, the ongoing internal betrayal will likely strengthen the Hells Angels’ enemies. 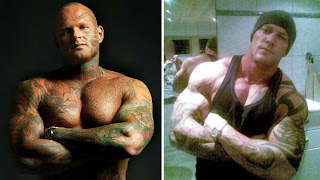