The betrayal and murder of Joey Morin 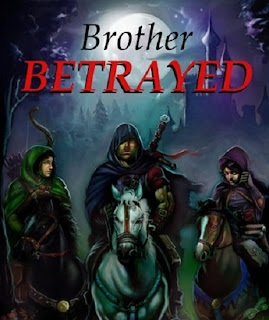 The Edmonton Hell Angels drug conviction and the recent Bandidos sighting in BC brings us back to the betrayal and murder of Joey Morin. January 30th, 2004 two men were murdered in Edmonton: Joey Morin and Robert Simpson. At the time of the killings the Bandidos web site identified Joey Morin as a "probationary" member and Robert Simpson as a "hangaround." Yet in October 2004, the Bandidos patched over to the Angels in a quiet Red Deer ceremony.

I remember reading about that. One minute these guys from the Rebels were wearing Bandidio patches, then the next they were wearing Hells Angels patch. I found that very strange. One minute you’re enemies, the next your burning your old patch and kissing their ass. I can’t see any L&R in that. Especially when it involved the murder of two of their own guys. Just like the take over of the Death riders in Laval.

Interesting to note that three Bandidios who attended Morin’s funeral were John Muscedere, Paul Sinopoli, and George "Crash" Kriarakis. All three were later murdered in the Bandido massacre in Ontario that the Hells Angels weren’t involved with but had foreknowledge of. No doubt some of the other Bandidios that attended his funeral were the ones that patched over to the Hells Angles nine months later. With friends like that, who needs enemies.

Morin worked for a floor-laying company and as an agent for Independent Artists, an Alberta-based firm that booked nude dancers for clubs throughout Western Canada. The Saint Pete's club where he was murdered was an IA client. The exotic dancing industry has been traditionally been controlled by the Hells Angels.

Scott Jamison is affiliated with the Hells Angels in Edmonton as well as the Adult entertainment industry. He runs Showgirls. Georgina Papin from Edmonton’s remains ended up on the Pickton farm. She frequented Showgirls.

So this recent sighting of Bandios in BC on their way to a meeting with Hells Angels has us all wondering who’s gonna get shot and who’s gonna patch over in this sick saga of greed, betrayal and murder.