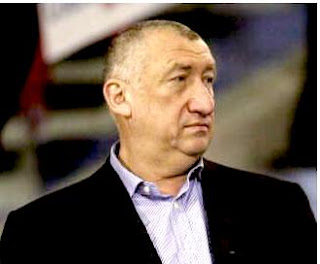 I’ve got one post to make before I write about the breaking news in Kelowna everyone is talking about. Yesterday someone sent me a link to a Langley Advance story about another international drug ring busted tied to Langley, Abbotsford and you guessed it, Surrey. The thing that I found bizarre was the Star of David stamped on one of the bricks of cocaine seized by the CFSEU. I was speechless.

We know the UN has been known to stamp their logo on a brick of cocaine they ship. We even saw the Edmonton Hells Angels do the same thing with the 51 (E-A) stamped on it. This Star of David stamp has me baffled. It is either very arrogant, very stupid or someone is trying to set someone else up. We know Mossad has been deeply involved in cocaine trafficking with the CIA back in Nicaragua and the extended version of Iran Contra.

We were told that Mossad agents received the cocaine shipments in Operation Watchtower along with Noriega and CIA agents. Yet all of that sounds so much like a James Bond movie it’s hard to grasp. Yet we have two pieces of evidence starring us in the face that we must address. We have a brick of cocaine with a Star of David stamped on it and we have the historical account of Paul Lir Alexander‏.

Paul Lir Alexander‏ is known as the Baron of Cocaine in Brazil. He was born in Brazil but left to join the Israeli Army. In 1982 he worked for Mossad with Oliver North out of Nicaragua part of Iran contra. He worked alongside CIA agents who were getting cocaine from Pablo Escobar through General Manuel Noriega and smuggling it into the USA for sale to street gangs on the East and West Coast

After that Mossad sent him back to Brazil where he continued a very profitable drug smuggling career. We was finally arrested and convicted of drug trafficking and after serving 12 years in prison escaped last year. Which leads me to ask, what on earth is a Star of David doing stamped on a brick of cocaine seized in Canada? Please advise.