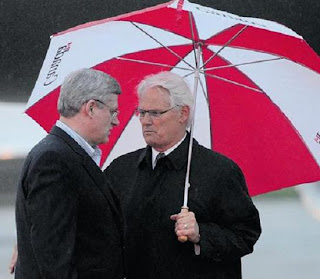 A couple people sent me this link and I saw it posted on someone’s facebook so I suppose it’s going viral. Evan Solomon from the CBC wrote an open letter to Christy Clark expressing some valid concerns including the fact that she just canceled the fall sitting of parliament. Gordon Campbell and Stephen Harper both have pulled the same stunt in the past.

The whole idea of cancelling an entire session of parliament is problematic. No other industry in the world pays you for not going to work. Let alone give you an obscene raise and gold plated pension for booking off. Since they’re cancelling the fall session they should return that portion of their yearly salary. It’s only fair.

Letting a political party with no approval rating whatsoever meet to create news laws is a bit scary but we all know the real reason for cancelling the fall session is two fold. They don’t want to have to answer questions from the opposition. It is a form of censorship. They also don’t want to get caught in a non confidence vote which would spur an election and their subsequent demise earlier than they can squeeze out another pay cheque.

Now I will say that Christy Clark was Gordon Campbell’s Liberals best chance at saving the party from the brink of destruction. We can’t blame Christy Clark for what Gordon Campbell did any more than we can blame Kim Campbell for what Brian Mulroney did. Both women were left with their predecessors trash. The problem was all the other MLAs were part of the same Campbell Cabal that arrogantly steam rolled right over voters democratic will. The current rats leaving that sinking ship are just that, rats.

Which brings us to the next concern. The leadership rumblings in the provincial conservatives. What a scam that is. The media claimed there was some kind of internal rift over the new leadership of the party. Oh really? He’s the one that put it on the map. It’s the fastest growing party in the country. Who on earth could have a problem with that? His only MLA? Well that explains it. We shouldn’t have let van Dongen cross over. He is still consumed in the Campbell cabal arrogance and has been swept away in his pride.

Why is politics such a dirty business? Selfishness and greed permeate the process. The idea of service is lost. With all these rats leaving the Campbell Cabal’s sinking ship, it is clear they want to infiltrate and destroy freedom’s hope in BC just like they did federally by letting Harper turn Reform into Mulroneyism. They very evil they set out to change. A sad day indeed. It’s a mess filled with selfishness and greed. Locally and internationally.