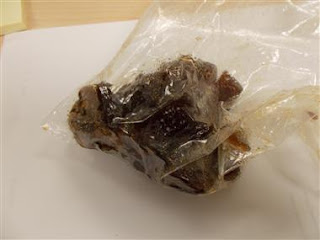 Meanwhile, back on the ranch, a Surrey man is facing charges for allegedly trying to sell drug-laced candies to kids in Kelowna. Sorry guys. RCMP stopped a vehicle after receiving reports of a driver selling drugs to children. A test showed the candy contained THC, the main ingredient in marijuana. The man, released in August, may now be charged with possession of a controlled substance. Putting drugs in candy and giving them to kids is really messed up. People will say, oh it’s just pot. It doesn’t matter. Putting drugs in candy and giving it to kids is messed up. Especially around Halloween.

Crystal meth is indeed way worse than pot, yet the whole idea of selling drugs to kids in candies is really messed up. Back in the day we all used to joke about hash brownies. Yet I know a guy that make thc cookies. They joke about how powerful they are. One grown man had some one night and they laughed about how we was f*cked up for days. Another guy said oh yeah, you’re only supposed to have half of one. Well no one told this other guy that and it seriously messed him up for a long time.

Personally, I don’t like getting messed up at all not to mention for days. I’m the first one to admit that there is a huge difference between a grow op and a meth lab. Yet I am told the pot now a days is way more powerful then when we were kids. The smell now is very sharp and harsh. It’s not that mellow pleasing aroma. It’s poignant and smells awful. Although crystal meth is way worse than pot, there are way too many people that smoke way too much pot especially while driving. That is irresponsible.