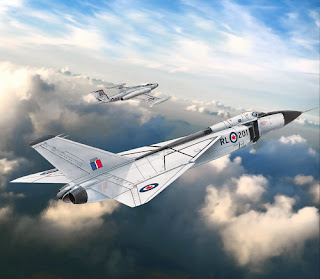 Well, Stephen Harper takes one step forward and three steps back. I first heard that Harper is considering resurrecting the Canadian CF-105 Arrow, a fighter jet Canada proposed to build but scrapped. Unlike the expensive insider trading jets he wants to squander the entire military budget on and more these jets actually work in the arctic. Generals have criticized Harpers jets because they can’t be used for protecting Canada’s arctic. They are meant for the oil wars. Building jets in Canada will create high tech jobs here and give us a better product that we can actually use in Canada. One step forward.

Then he sets up a committee to study privatizing prisons to “save money.” That is an evil lie. Look at the horrific problems California had when they privatized their prisons. A private prison is mandated to make money. Just like the private power brokers who sell power to BC Hydro at inflated rates, their mandate is to rip off tax payers. A privatized prison is not mandated to consider inmate rehabilitation. Private prisons are bad just like private power has proven to be. Three steps back. I knew it was too good to be true. Stephen Harper doesn’t care about jobs in Canada because he is not a conservative. He is something else.

My bad. Harper didn’t even consider the Arrow. Some company made a presentation to him. He insists on pressing forward with his insider trading jets that won’t even work in the arctic. Firing any military officer with a brain and promoting poster puppets that will say what he wants is very dangerous for the nation.

Sun News is reporting “In appointing air force Lt.-Gen. Tom Lawson to be Canada's next chief of defence staff, Prime Minister Stephen Harper is sending the message about as loudly and clearly as he could that Canada is going to spend billions on F-35 stealth fighter planes no matter what.”

All this with today’s news that Harper wasted $750,000.00 on legal fees fighting Canadian Veterans over claw backs to their pensions and benefits. Killing the Arrow again, spending billions of tax dollars on US jets that won’t work in the Canadian arctic to a company his candidate lobbied for is a crime. Committing that crime while he cuts funding to the military and claws back their pensions and benefits is disgusting. It’s a sad day for Canada. I thought we took one step forward, three steps back. Unfortunately we didn’t even take that one step forward and in reality have just taken twelve steps back. It’s a sad day so it is.