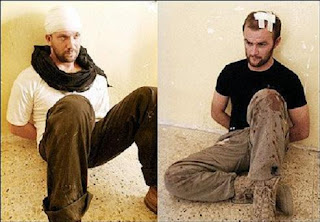 One for the road before we get back to local gang stuff. I’ll tell you why we have to talk about false flag attacks. A) Hitler used them twice to start the second world war and B) Other administrations have used them in our day. Hitler burned the German parliament building and blamed it on terrorists so he could get the powers of a chancellor. Then he burned a German radio station and blamed it on Poland to justify invading Poland. False flag attacks have been used before.

Someone said to me the other day they watched a show about a conspiracy theory regarding 9/11 and they debunked all of it. No they didn’t. I told the person you can’t debunk Operation Northwoods. That document is a historical fact. He didn’t know what Operation Northwoods was. Exactly. You can’t say the 9/11 truth movement is wrong if you’ve never looked into Operation Northwoods. You can just say you don’t care.

Someone said to me they don’t care about what happened 50 years ago. That is foolish and offensive. That’s like saying you don’t care about the Vietnam War or the holocaust because it happened a long time ago. History repeats itself until we learn from it.

There are two issues at the heart of 9/11. The history and the science clearly points to the possibility of it being a false flag attack. The science is very simple. Debunkers argue that the traces of thermite found in the 9/11 ruble could be explained by chalk. No it can’t. The 9/11 commission said the third tower collapsed at freefall speed due to heat and fire. No it didn’t. A steel framed tower doesn’t do that from fire. The only way a steel frame tower can collapse at freefall speed is if the load bearing beams are blown out at the same time. You can claim terrorists must have put explosives in the load bearing beams before the attack and I will have to agree. But you can’t say the towers fell at freefall speed from two and no planes hitting them. That doesn’t fit the science. The Shanghai apartment fire in 2010 was much worse yet it did not collapse at all let alone at freefall speed.

Iraq was a huge mess. It was invaded based on a lie. A premeditated lie MI 6 gave to the media under Operation Mass appeal. Another huge concern about Iraq was the two British SAS agents who were caught with a car loaded with guns and explosives dressed as Arabs who instead of stopping for a police checkpoint, murdered the allies before surrendering. Instead of explaining what secret mission they were on, England leveled the jail they were detained in and broke them out without a trial. 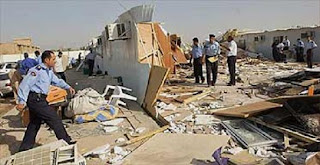 We still need to ask ourselves what on earth were they doing with a car load of weapons and explosives dressed as Arabs? We cannot believe they were on a sting operation trying to catch terrorists. As soon as a real terrorist got close to them they would have recognized the disguise. I submit that there is only one logical explanation as to what they were doing. It fits in with the perpetual use of false flag attacks.

Obviously not every act of terrorism is a false flag attack yet many of them are and that is something we need to discuss. Especially if the are going to throw away the Charter of Rights and take away our civil liberties.