Reading the Vancouver Sun is like being in an abusive relationship 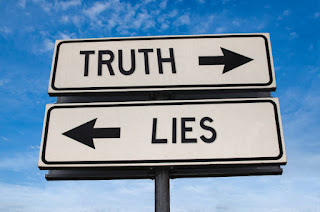 First of all, if MSN is linking to it, that says it all. The coverage was stupid. One minute it was police close the border again. Not protesters, the police because that's important. The next it's the border is open again na na na na boo boo. It was just so juvenile.

It was like Kennedy Stewart's mocking of the truckers. He went off about how Vancouver groceries stores were doing just fine despite the truckers convoy to Ottawa. That guy is a POS. He is a mayor without a party. He was a NDP MP and gave up his seat for Jagmeet Singh. Thanks for nothing. The Federal NDP are just as much in bed with the WEF as Justin Trudeau is.

Kennedy Stewart supported all the ANTIFA riots and pipeline violence even against natural gas which would be a huge step forward for the environment. Then he mocks the nonviolent patriots petitioning for law and order. That guy is a piece of garbage and so is the Vancouver Sun.

All we get from the Vancouver Sun now are lies and misrepresentation. Kim Bolan is a big part of that which is a colossal disappointment. We had hoped for so much more from her.

It's like being in an abusive relationship. They will tell you what they think you want to hear to keep you in that abusive relationship so they can keep you in that abusive relationship. The Freedom convoy is the largest peaceful protest in Canadian history and it's not over yet. It has just begun. The truckers lit the match that sparked the flame. Canadian cities are on fire. Not literally like with the ANTIFA riots but spiritually. People are waking up. All these car convoys coming from rural areas speaking out before the WEF takes away their cars, land, freedom and everything they own.

They all can see how the media misrepresents them. That strengthens their resolve. It validates their concerns. That's why Post Media Trash is in damage control trying to suck up to them so they can regain their trust and enslave them with their lies again but it's too late for that. People can see what's going on. Now it's all Rebel News and True North. Potmedia News is irrelevant.

Omicron was the straw that broke the camels back. Locking down over Omicron to sell the boosters was a criminal act. There was no excuse for it. No one is fooled by Bonnie Henry any more. Her lies have run their course.