The Media's misrepresentation of the Truckers Convoy 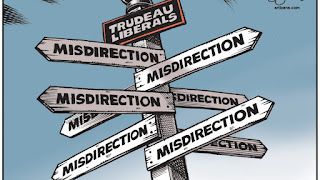 I am so glad I got rid of hotmail. One of my pet peeves about hotmail was the fact that it would take you to Microsoft News Network when you logged out. MSN is ridiculous. It's like a bizarre circus freak show of fake news run by the one and only Bill Gates who is a whacked out Communist like George Soros. Everything they say is absurd.

Today I logged into an old hotmail account and when I logged out, it took me to MSN. All the headlines were ridiculous. They showed that one picture of a guy with a Nazi flag not on location with a couple of guys holding F*ck Trudeau flags. They went off about defacing statues and war memorials and started to play the victim. They zeroed in on the Nazi flag and said the truckers showed a lot of hate for our beloved prime minister and tried to associate that hate with the Nazi flag implying that the only people who hate Justin Trudeau are Nazis. Holy Xi Jinping Batman.

I've attended a lot of lockdown protests over the year both in Surrey and in Vancouver. For a while there was two in Surrey on Saturdays and one in Vancouver on Sundays. Each week they kept coming back over and over again. Ryan ran the one at Guildford and Tanya from Action4Canada ran one close by at the overpass on the freeway. They would start before the Guildford one then join the Guildford one later on. Then on Sundays is was at the Art Gallery in Vancouver which was run by a different group.

All those protests I attended for a year I never once saw a Nazi flag or a Confederate flag. Ever. Can you imagine Laura Lynn Tyler Thompson waving a Nazi flag? The thought is ludacris yet she was at many of those rallies and spoke at them often.

All of the people attending the lockdown protests were patriots. They would never wave a Nazi flag. Ever. As for defacing statues or war memorials, that is not something a patriot does. That is something ANTIFA did regularly to the cheers of the media. So I can tell you right now, the claim that a lockdown protester brought a Nazi flag or vandalized a war memorial is not consistent with the know facts. Those events were clearly staged.

In all the hours of video footage I saw of the truckers convoy in Ottawa and the thousands of people cheering them on along the way, I never once saw anyone wave a Nazi or Confederate flag. Ever. Laura Lynn posted three hour live coverage each day. Never once was a Nazi flag seen. All of a sudden someone shows up with a Nazi flag off site beside a couple of F*ck Trudeau flags and the media uses that staged event to try and claim the only people that hate Justin Trudeau are Nazis. That is ridiculous.

Justin Trudeau is an a*shole. I hate him. That doesn't make me a Nazi.but I didn't hate him when he was first elected. When he was first elected I hated Stephen Harper because Harper was an a*shole. When Justin was elected I was conned like many others. I was hopeful. Stephen Harper was an enemy of the Charter of Rights and refused to celebrate it's anniversary.

I was hopeful Justin Trudeau would defend the Charter of Rights since it was his father who gave it to us. I was sadly disappointed. Now I can truly say I hate Justin because he is a liar who wants to be a dictator just like Commodus in the movie Gladiator. He's a fake feminist, fake environmentalist, fake advocate for Aboriginal rights. Everything about him is fake. Time has revealed that to the world. Now he and Xi Jinping want to rewrite history with lies.

One of the MSN reports were going off about right wing yellow vest protesters. I wore a yellow vest at one protest kinda as a joke but in support of the Alberta protesters. I met a guy in Vancouver who was one of the first yellow vest protesters here. He said they modeled it after the protests in France. Those protesters were workers. They were not considered right wing. The extreme left media keeps using the term right wing as a slag. There's nothing wrong with being right wing. Being Conservative simply means you believe in less government, more freedom and less taxes. There is nothing racist or controversial about that.

So where have these lies taken us? You're racist! No I'm not! Yes you are! No I'm not. This smoke and mirror distraction has taken us away from the real two concerns on the table. The truckers are concerned about cross border vaccine mandates. They sit in their truck by themselves. They don't interact with the public. Mandating the vaccine for them makes no sense. Yet instead of talking about that, the media is distracting us with ridiculous lies. On top of that, Justin Trudeau said the truckers have unacceptable views. The media isn't saying a word about how offensive and UnCanadian that is. Justin Trudeau is defacing war memorials with his words and deeds. He basically said to the truckers F*ck you. They simply responded with, no f*ck you. Justin Trudeau created the problem. He created the hate. It's up to us to remember that next election.