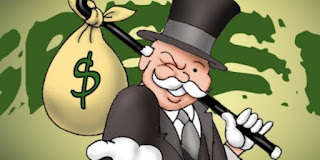 Recently I came across an interesting quote that helped me put things into perspective. I saw a post on Linkedin from the CEO of an investment firm in Georgia tied to the US bio labs there.

Google translates it to read: "All my life I thought there was freedom in knowledge and now I think there is more freedom in capital." Dr Tamar Akhvlediani liked it. That's pretty shallow.

I understand that if you have more money you are in some sense free to do more things. For example, if you have more money you are free to travel and do what you want. Yet we are rightfully taught that the love of money is the root of all evil. Ironically enough that statement was made an liked by those who had sold their souls in the bio lab industry.

A poor man is better than a liar. Even if it's a rich liar. Often we hear people reduce the argument to a struggle between Communism and Capitalism but that is not what this is about. It's a struggle against greed. Years ago I was at the picket line outside a Telus tower in Burnaby known as the Boot. One of the guys picked up a pylon like a mega phone, turned it towards the tower and in a loud voice said corporate greed. We all laughed because that was the struggle we faced.

When I worked for the Post Office I had a discussion with a Union member that was going off about Communism. I said the Communist Manifesto is inherently flawed. He was a bit irked and said well you write one then. So that night I did.

In Communist China you have the richest politicians in the world. There is no sharing of their wealth. People can say well that's because they're greedy capitalists. Perhaps but then we have to redefine what capitalism is.

Someone from Romania was speaking to a Freedom Rally recently and they said one of the first things Communism does is eliminate small business. Small business doesn't represent corporate greed. It represents self reliance. 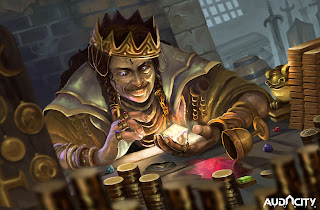 In the Robin Hood story, King John wasn't a Communist, he was simply a greedy pig. His brother King Richard had loftier ideals like King Arthur but King John was a selfish scoundrel. His love of riches resulted in his oppression of the people. That's what Communism is.

I have no problem with the wealth of Bill Gates. I have a problem with his desire to increase his wealth by exploiting others and oppressing them. When rich people fund Communism it isn't to share their wealth. It's to increase their wealth and their power at the expense of others. Their form of Communism is a quest to enslave people by taking everything they have away from them. That is not what James Connolly or Nelson Mandela aspired to.