Circumstances don't make the man, they reveal him to himself (and to the rest of the world). 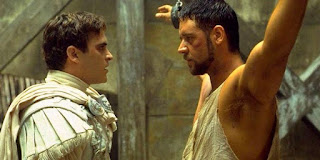 This life is a test. It's like a politician's career. During the campaign the politician is kissing a*ses and making all kinds of promises trying to win over voters. When they get power we then see what they do with it. As they say, power corrupts, absolute power corrupts absolutely.

Jagmeet recently claimed that the goal of the Convoy is to overthrow the government. Since we know not even he is that stupid we once again see him making a ridiculous lie. He will be remembered throughout eternity as a compulsive liar since what we do in life, echoes in eternity.

The Truckers embarked on their convoy to Ottawa protesting the cross boarder vaccine mandates Justin Trudeau implemented. These guys are self employed and sit in their truck all by themselves. They provide zero risk to the public. The vaccine mandate for Truckers should be lifted. Instead of dealing with that fact, the misguided media has been consistently lying about the Convoy calling them racist white supremacists. The media's hateful lies are racist.

The mainstream media has revealed their character or rather lack thereof to the world. So have the politicians mocking the convoy. When the Quebec government recently overreacted to Omicron bringing back unnecessary restrictions there were mass protests. The Health Minister resigned and those restrictions were soon lifted. Justin Trudeau does not have the dignity the Quebec Health minister had. Justin Trudeau is another selfish, it's all about me, Happy Bunny like Erin O'Toole who boldly declared he would never step down right before they voted him out.

A lot of people are very upset with Justin Trudeau personally and are indeed calling for him to resign. This doesn't mean anyone is trying to overthrown the government. If Justin Trudeau had the dignity to step down, the Liberals would appoint an interim leader until a new leader could be selected by the membership. When Brian Mulroney resigned in the wake of declining popularity, Kim Campbell became the next Prime Minister. Justin Trudeau should do the same.

Brian Mulroney is remembered as Lyin' Brian. He's still sabotaging the Conservatives. Mulroney prevented the Conservatives from winning last election by bullying Jean Charest into withdrawing his leadership bid. Likewise, Justin Trudeau will forever be remembered as a slimy little rat faced git. A weasel who coveted power just like Commodus in the movie Gladiator.

True North reported on a Liberal MP from Quebec who spoke out against false labels attached to the convoy and said they had a legitimate grievance. Perhaps he should take over the Liberal party leadership. Quebec respects lawful assembly and so should we. If that many people gather about an issue, then they have a right to be heard without name calling distractions.

"I have enough respect for my fellow Canadians not to engage in these easy absurd labels," Quebec Liberal MP @JoelLightbound says the #TruckersForFreedom protesters have legitimate concerns. #cdnpoli pic.twitter.com/qj5SRfZ0eA