Meeting James Topp on his march to Ottawa 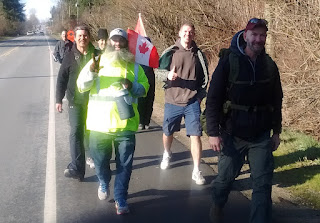 Well today was a better day. I road out to meet James Topp, the veteran marching from Vancouver to Ottawa. True North reported on his departure from the Terry Fox memorial outside BC Place in Vancouver. Drea from Rebel News reported on his arrival in Maple Ridge and I caught up with him this morning as he and a few supporters were marching along Lougheed highway in Mission. James is a good guy. He said he didn't want to be associated with any political party. He is concerned with what went on in Ottawa recently and said that wasn't right.

The real tragedy in all this is that the mainstream media won't say a word about this. Their hateful propaganda has completely censored his wonderful mission. You can however, sign up for email updates on his website canadamarches.ca Soldier on yo. God's speed. 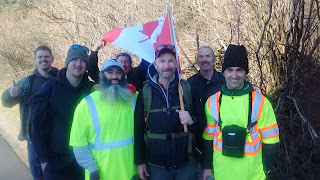