The Chains of Darkness 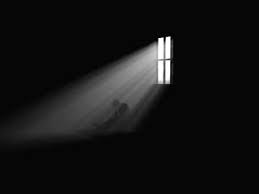 We saw all the hate and violence in the ANTIFA riots Justin Trudeau and his state run media promoted. It was all fueled with lies. They said if you're a conservative, you're racist. No, race has nothing to do with it. If you are a conservative, you believe in less government, more freedom and less taxes. There's nothing extreme about that. Brandon Straka, founder of the Walk Away movement said he became a liberal because he rejected hate. That's the same reason he left the liberals. They became more hateful than the people they hated.

Justin Trudeau is a hateful man. His hate is driven by lies. He is a false accuser. He is a fake feminist, fake environmentalist, fake advocate for aboriginal rights. Everything about him is fake. I don't even think he's heterosexual. When Justin Trudeau was first elected he was seen as a heart throb. Then as time went on he turned femmie.

When I look at this mannerisms, he seems like a flamer. Now there's nothing wrong with that other than the fact that he consistently pretends to be something he's not. I'm sure if we asked Brandon Straka to weigh in on the subject he'd say "Justin Trudeau is about as straight as I am."

Now we love Brandon because he is a wonderful person and because he is honest. Justin Trudeau is neither. When we saw all the hate Brandon was faced with we saw that hate was fueled with lies. It brings us back to the ANTIFA thugs that were bullying a little old lady trying to cross the street screaming Nazi scum get off the street. That is the hate that Justin Trudeau and his state run media promotes. That is the hate the freedom convoy rejects. The freedom convoy rejects the hate and the lies that drive it.

This same person is addicted to lies about the Convoy and those who support it. These ANTIFA extremists see it as a Trump Convoy and they completely panic. Donald Trump has absolutely nothing to do with this. I don't like him or trust him. However, the very fact that he supports the Convoy shows you something about him and shows you something about the handful of hateful extremists that oppose it. I'm referring to the ANTIFA scum bag that stole a Canadian flag from a Convoy supporter in Ottawa.

I reminds us of seeing ANTIFA scumbags steal American flags from Trump supporters in the US. That is a very unpatriotic thing to do. Americans pledge alliance to the flag and the free republic it represents. Stealing flags is what a sh*tbag does. There's no way around that. You get up in the morning, look yourself in the mirror and say I am a sh*tbag. That's your reality.

So when I look at people who are addicted to lies, I can see how those lies enslave them. Slavery is what the World Economic Forum wants for us. "You'll own nothing and you'll be happy." You'll own nothing because we will take everything you own away from you. You'll be happy because we will tell you to. This is the end game we all reject. And so the light penetrates the darkness and the darkness comprehends it not because they are addicted to the lies that enslave them.